When buying expired film we must consider one thing, we are buying a lottery ticket...

There was a time when anyone could go to any store and buy a roll of color film, also there were a lot of photography stores if some specific roll was needed, where a variety of brands, styles and ISO numbers was offered.

As the digital revolution took place, the big manufacturers decreased their film catalog, offering just the most commercial types. Nowadays, the hunt season for those lost gems is almost over, and if you want to try them you must hurry.

This post offers a practical guide to increase the success on getting and achieving good results with expired rolls. 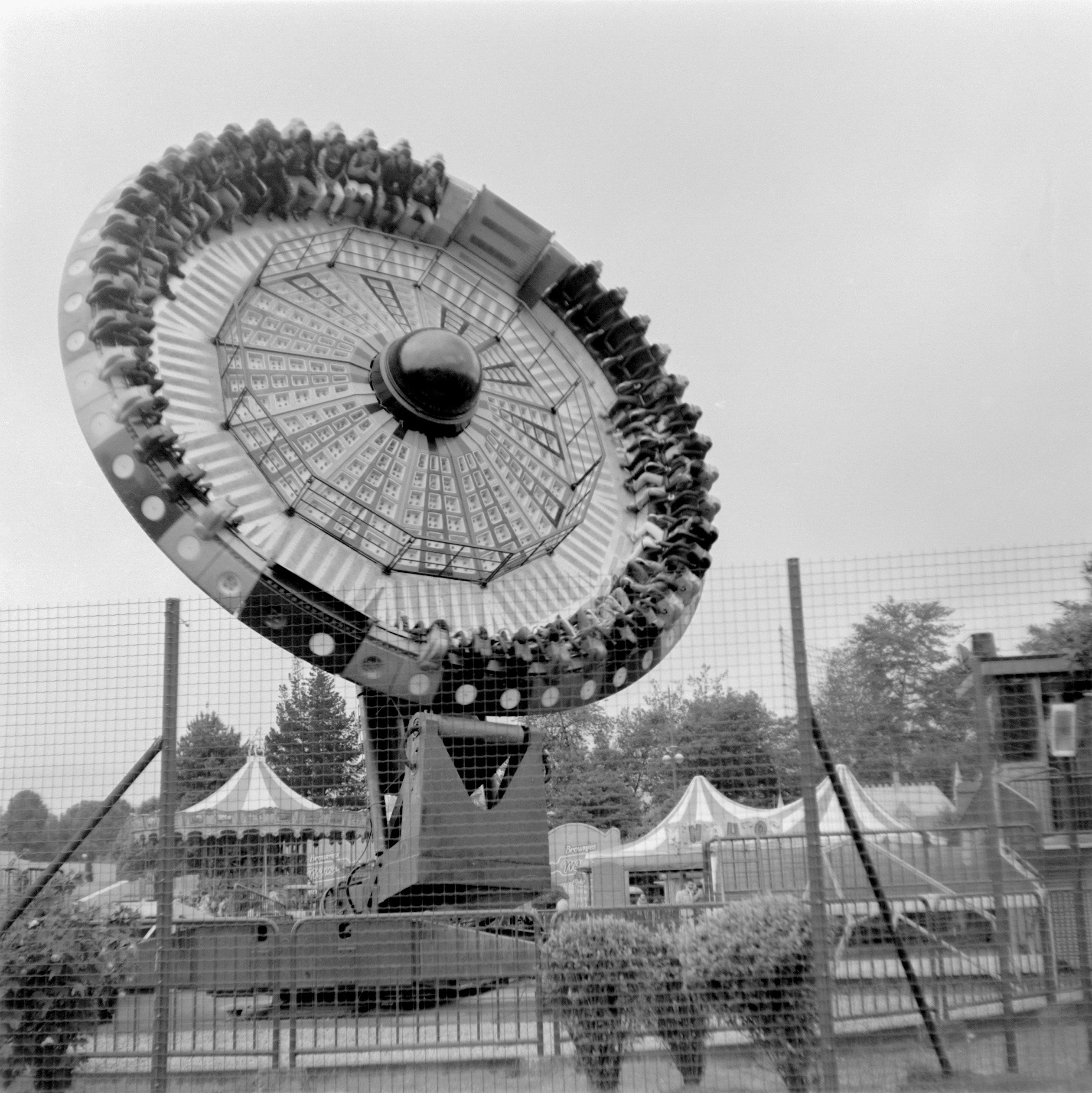 Where to buy them

For expired film enthusiasts like me, there are some ways to get those out-of-production gems:

1) Photography stores: I love to walk around asking for expired film in the few stores that survive in the different cities I visit. This physical hunt is becoming more and more unproductive because the good stuff is no longer replenished to the shelves.

2) Photographers retiring / migrating to full digital: for most of the new film photographers this is like an urban myth, but trust me, it is still happening, this is normally the best way to get awesome discontinued rolls in a perfect shape for a good price.

3) Flea markets: I can bet 2 rolls of portra 400 that in every flea market there are at least two rolls buried in piles of other stuff, the problem here, is that the rolls haven’t been stored in a good way, so don’t expect very good results.

4) And finally, online stores like the Good old Ebay… 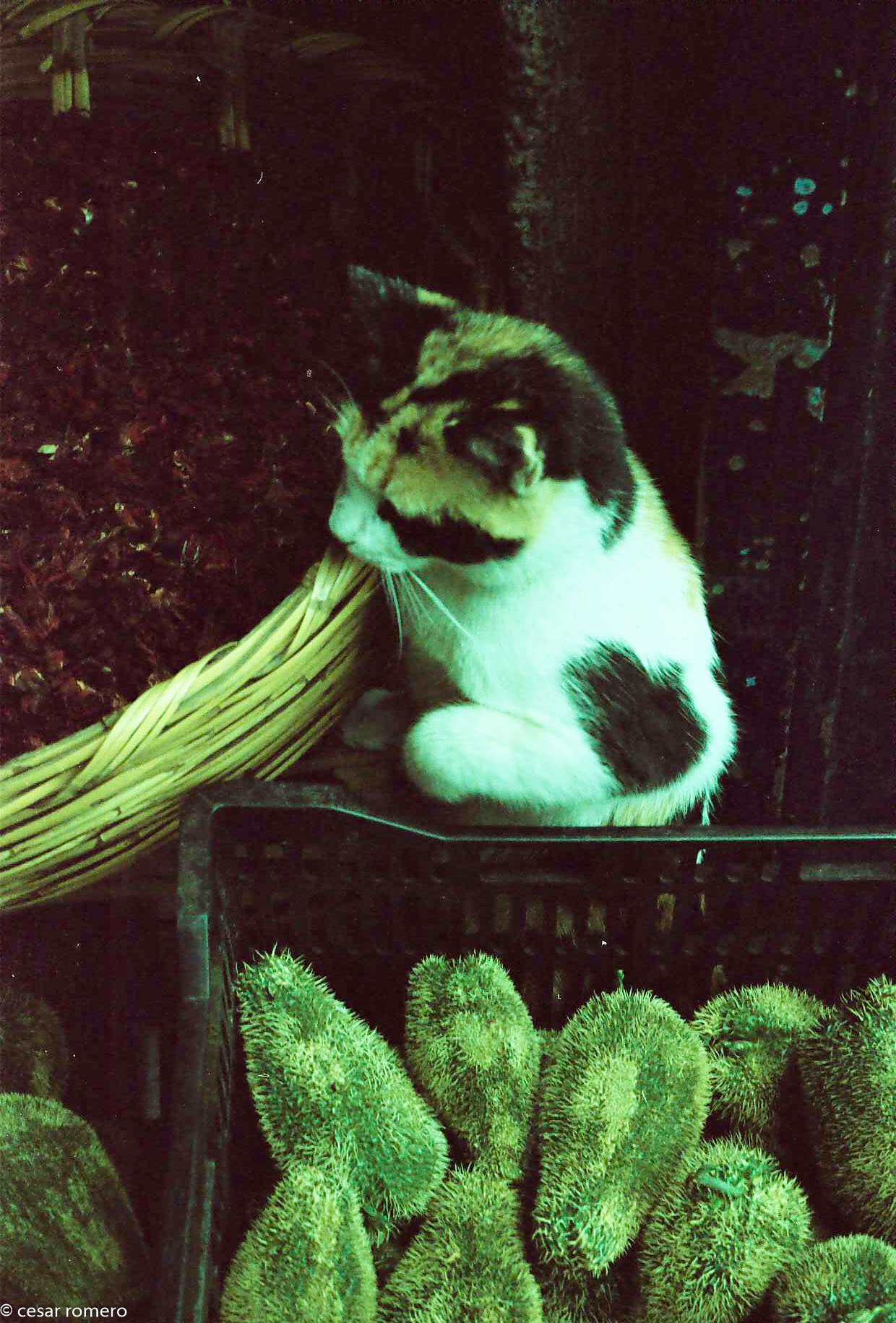 When buying expired film we must keep in mind one thing, we are buying a lottery ticket, even if a 10 years old film was stored properly there is no way to assure that it will give the same results as a fresh roll, so don’t get mad if at the end of the development process there is no image there.

These are the top recommendations I have received when buying film in the different scenarios described before:

a) Don’t buy expired film for a job, if you do because of some reasons, try to have a backup…

b) When buying in a store make sure that they are not selling it as fresh, try to check the prices before and buy only at bargain prices, there’s no reason to buy 1 year old expired film at fresh film price…

c) When buying from another photographer ask this questions:

i. What is the expiration date? most of the good old film will be 10 or 15 years old, don’t panic, it can be in perfect shape, just continue to the next question, I have shot ancient film getting some impressive results.

ii. How was the film stored?, the right way to store film is in the freezer cause it's cold and away from light most of the time, but if the electricity goes off it could be exposed to humidity, if the film was stored just in a dark room there is a chance that it is already spoiled, this chance increases with each year, if the film was stored in a room, a garage or other place that can get warm don’t buy it, finally if the person don’t know buy it only if you like to gamble.

iii. Did the owner do any batch testing? Sometimes you can get a proof that the batch is working, the price will be higher but chances are all the batch is in a good shape.

iv. Are you the original owner? Do you have more? Do you know someone else selling film? Do you sell any equipment?...

d) When buying online (Ebay or other sites) ask the questions in reversed order, and ask for photos of the film, always check the rating and comments on the seller profile, examine the photos very carefully and match it with the information provided. There are some well-known sellers like LABEAURATOIRE and FPP with a weird cool guaranteed expired stock. 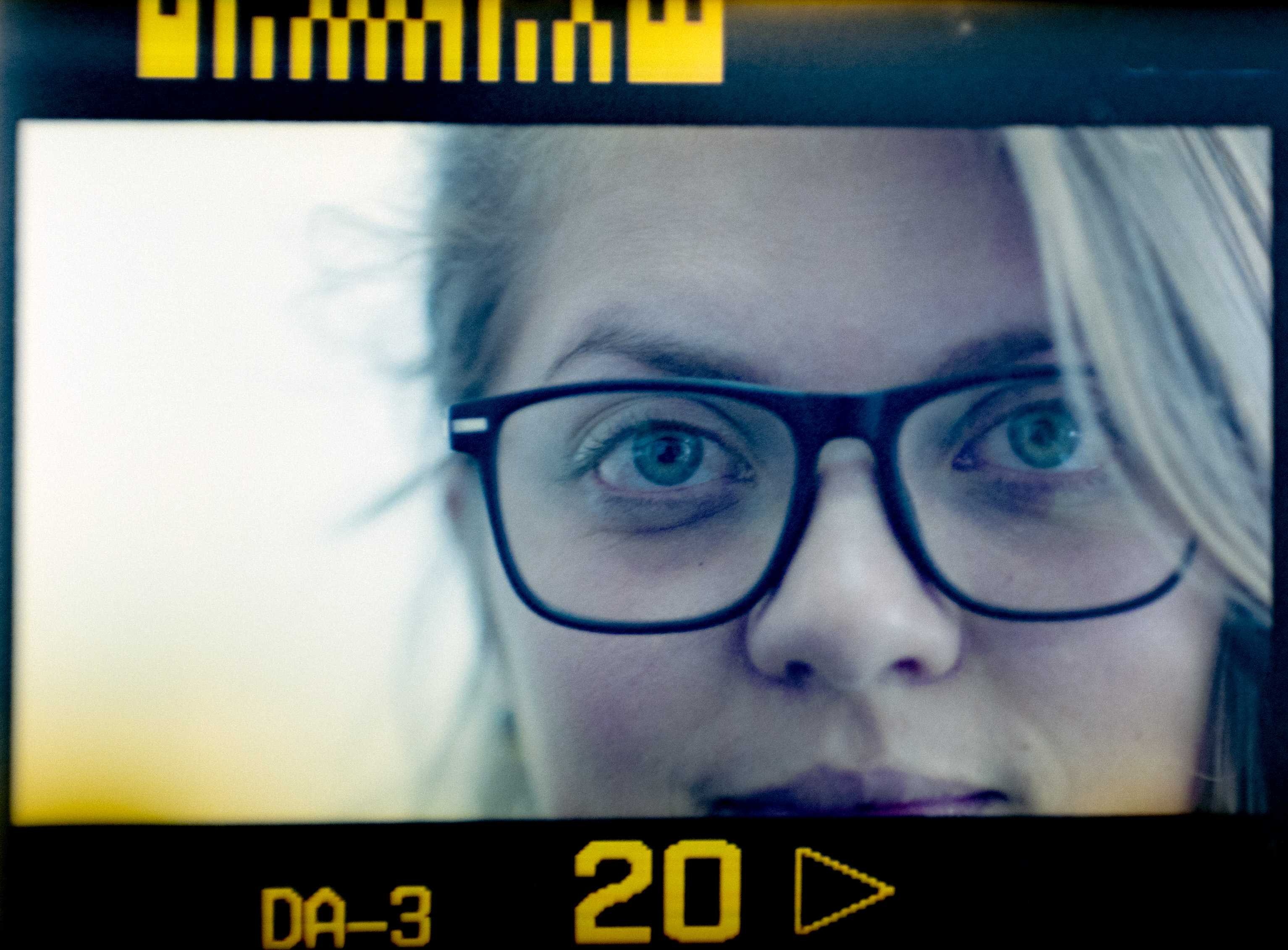 This are some tips I collected in my expired film journey:

1) Always buy one more roll for batch testing, so you can check what settings, dilutions and times are good for the batch.

2) For each decade of expiration decrease a step on the iso, so If you have a ISO 400 roll that expired in 2010, it can be shoot at 400, if it was expirded in the 70’s shoot it around ISO 50 and 25, this is mostly true for poorly stored film, I have used a 70s batch that was frozen with very good results with the original ISO.

3) Store the film properly, I have 3 levels of storage:

a. Immediate use (film i know will be used in within 30 days): I have that film laying around my gear but away from the light and heat.

b. Medium time storage (1 – 5 months): Sealed bags, inside the fridge and away from liquids, it will need 1 hour out of the fridge to get the best results.

c. Long time storage: Sealed bags, resealed with electric tape inside the freezer, if you need to move/change the freezer put the film on a cooler with icepacks, when you are ready to shoot it leave it at room temp for 5 hours (i don't know if there is some science behind this but if you use it right away it can be spoiled).

4) Shoot it, nobody buys film to fill the freezer… 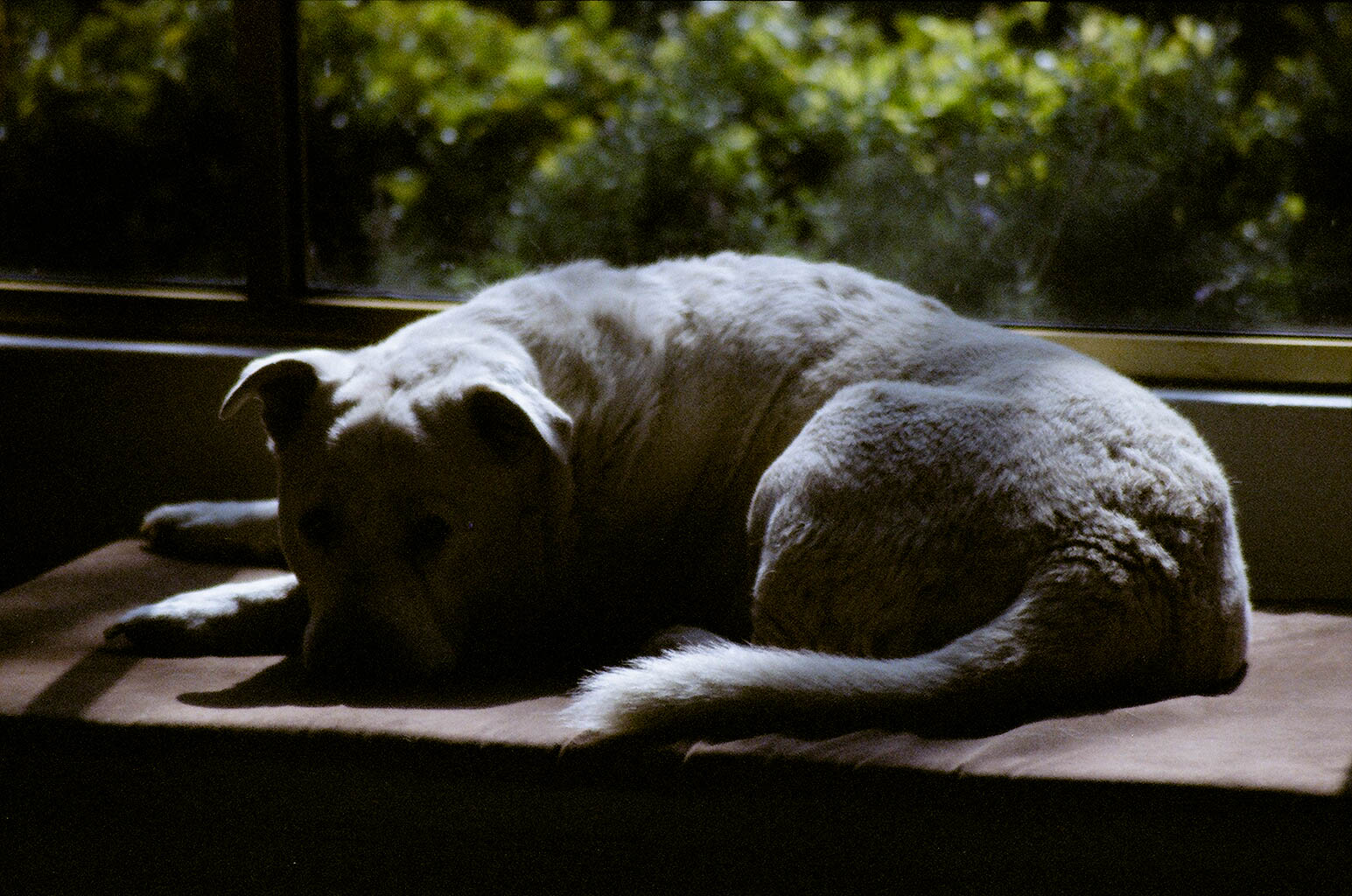 Old expired film is a new adventure for the film shooter, the results may surprise you (in both bad an good ways), but in the end it should be done for fun, always considering that it could be the last roll of its class in the galaxy. 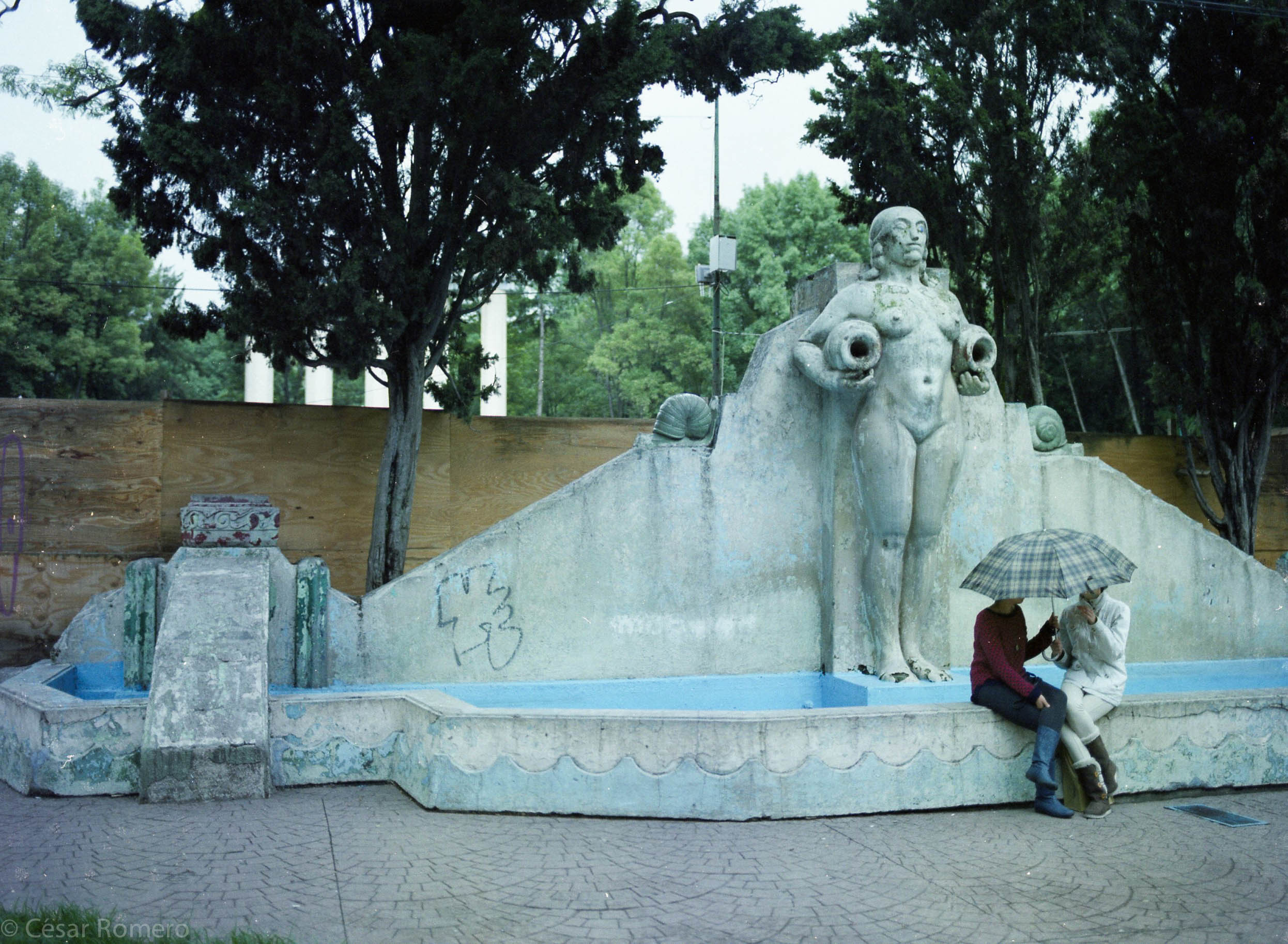 I exposed the film once while walking through Midtown Manhattan, and again with model Teresa in a studio.

In this series, Arina basically built one more layer – a fortress between me and her. The viewer ruined her privacy, so it's not comfortable anymore for her to be herself.

Adrian Prada personalises cameras in a very distinct way. His products are works of art and he puts a lot of effort into creating these little wonders.