"A big city that people live in mass numbers but basically walk alone."

I'm from Turkey, living in Istanbul. 24 years old. Currently I'm a film student but I do daily jobs or freelance works when I need money. 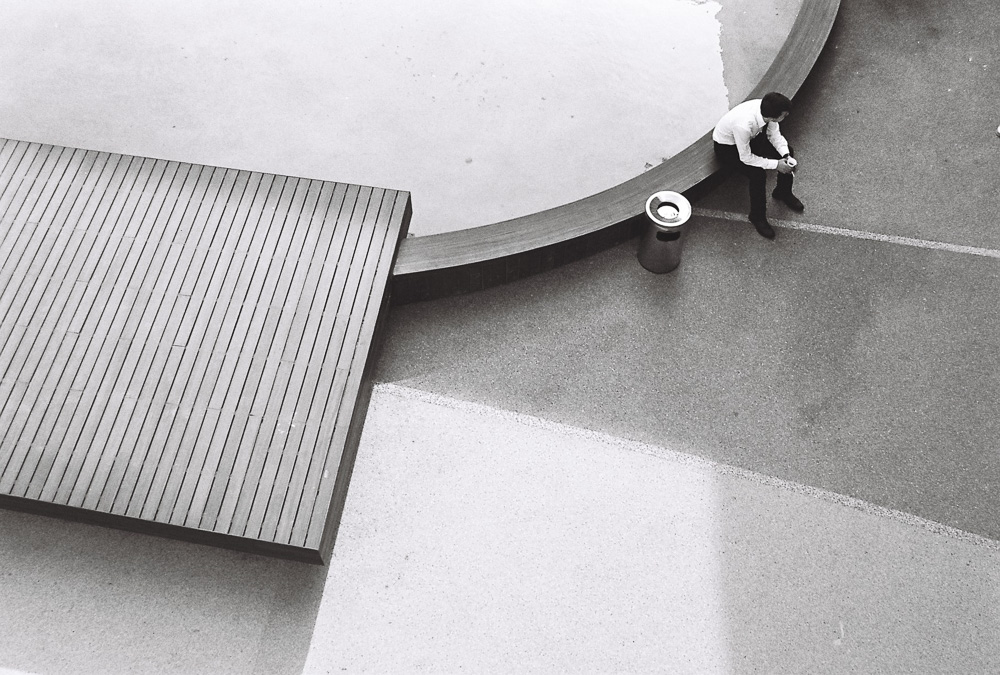 How did your film hourney begin?

My journey with film began with finding an old film camera (compact and really cheap one) in my parents house two years ago. Meanwhile I had been shooting with a digital camera. After I saw the results, film had me instantly. Even with that basic film camera the results were fascinating and I thought I can do much better with a little bit better camera.

I've been shooting film for two years now. I'm always searching and looking for other film photographers to get inspired or to understand the technics which are new to me. Basically it's all about self improvement. After all I'm sort of a self thought photographer. 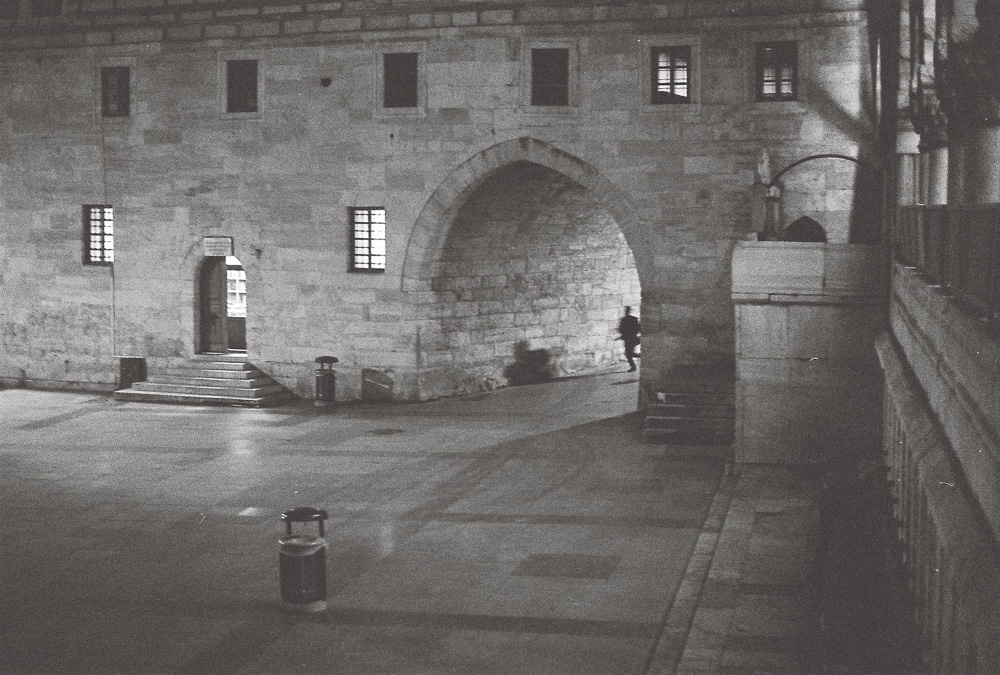 Bascially the realness of film keeps me working with it. I mean the word "photography" can dissolved as photo and graphy. We can think photo as light and graphy as drawing or painting. Film is using that. You paint or draw through light to film (which consist of natural elements such as metal salts and cellulosenitrate).
If we consider this, we can easliy understand why film looks more real, more atmospheric and of course why it has more dynamic range. 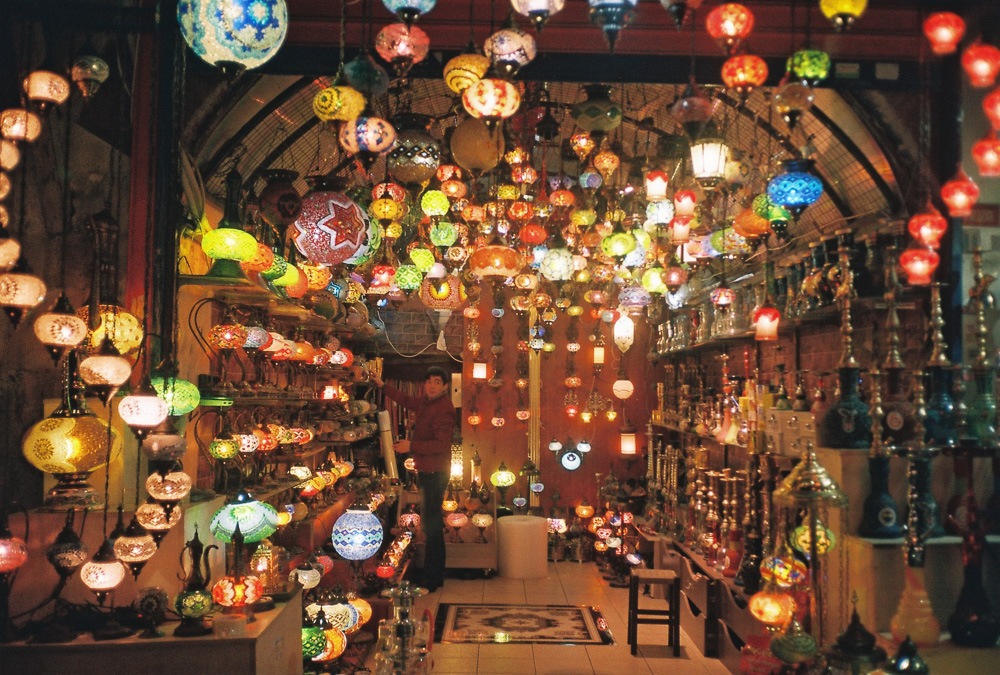 Tell us a bit about "Alone on the streets"

Actually street photography is like a side work of mine. I'm more intrested in creative photography in nature through double exposures and people. Nevertheless I have project called "Alone in streets". 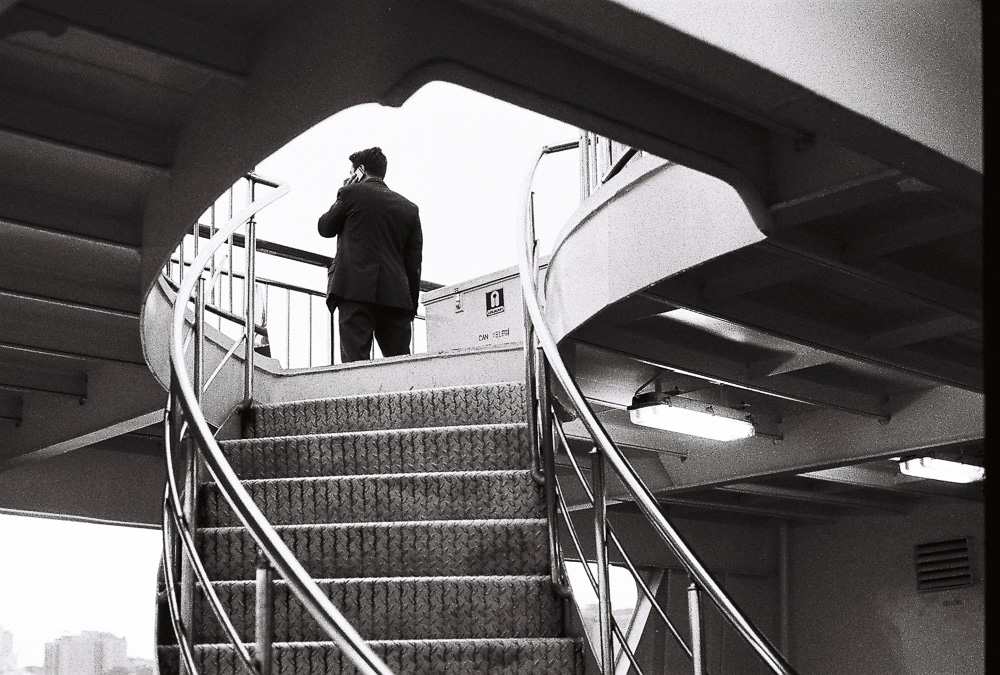 If I'd say something about this project, it's a reflection of a big city that people live in mass numbers but basically walk alone. It occured when I was out on the streets, shooting. I first tried to shoot people like me. I mean waiting, walking, running vs. by themsleves and it transformed in kind of a minimal street photography project. Of course shooting a single person doesn't mean anything much so I always try to make a good composition, visually. 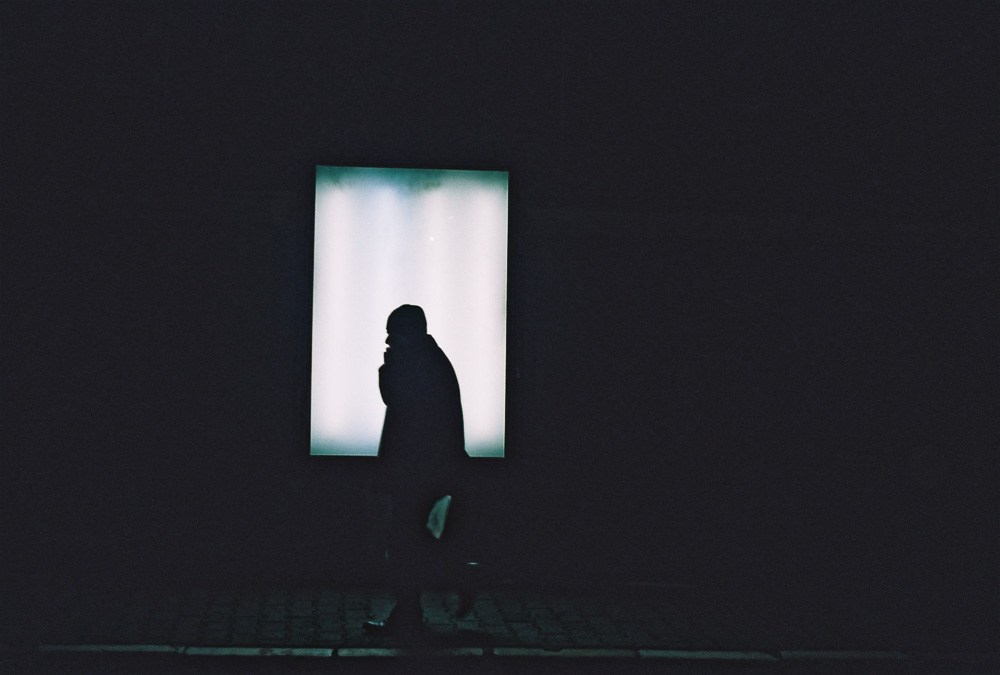 Do people see you?

When shooting on the streets I try to use smaller cameras to not get noticed. I believe the spirit of street photography comes from being invisible on streets as a photographer. But of course people notice me time to time. Usually they pass by me with a smile but sometimes they ask why or what am I shooting.
Rarely someone pissed off warns me that I can't shoot there beacuse it's forbidden (such as malls) and want me to show and delete the photo. In this situation I apologize and walk away with the photograph in my camera. That's another benefit of film :) 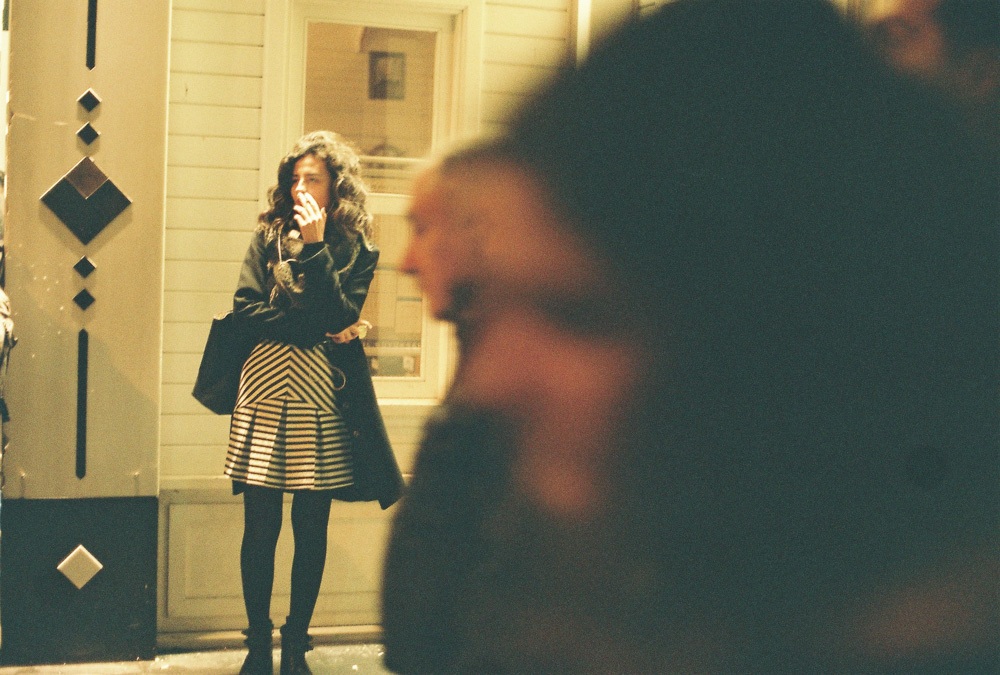 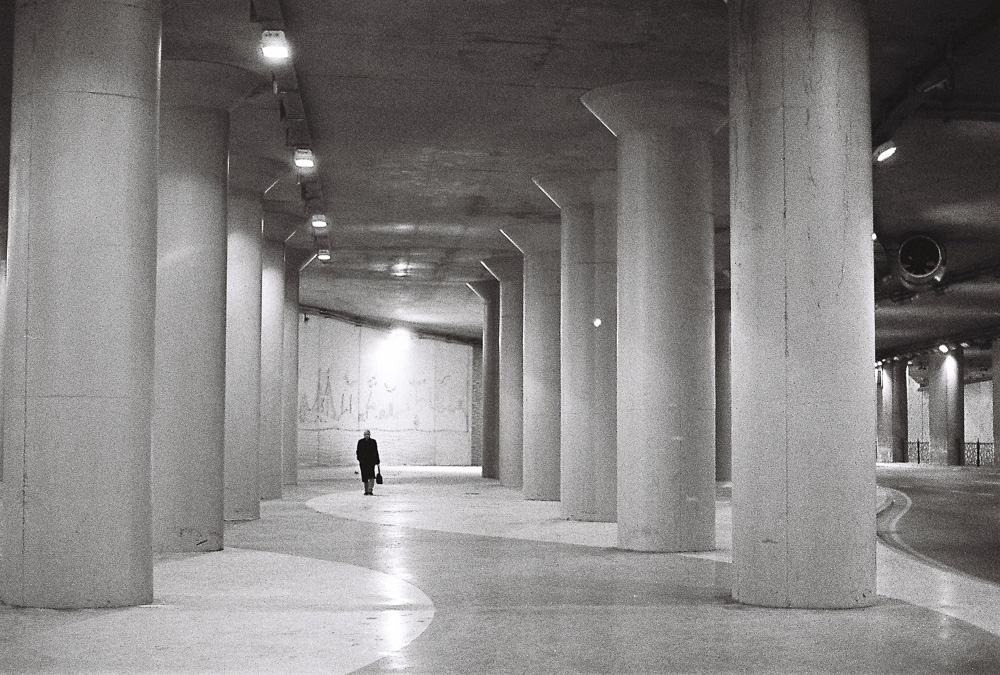 I always try new things to improve my technique that's why I don't have a certain style. Nowadays I'm planning on working with film with artificial light to create cinematic portraits and tell a short story through a photograph. 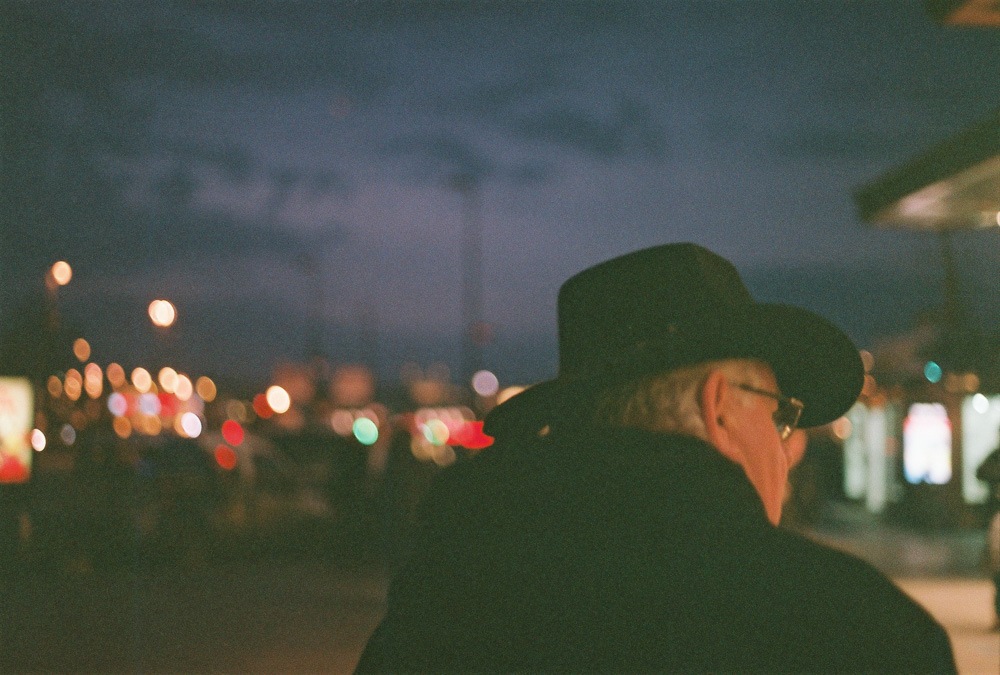 If you were to choose one roll of film which would be the last roll you would shoot, ever, what would it be and why?

That's a really hard question. I didn't try all the films on the market but I can phrase it like this: For street photography I choose Tmax 400 but if you are asking for life I probably choose Cinestill 800t. Tmax is for good contrast and cinestill is for my new direction about film photography.

What do you think is the biggest misperception when it comes to shooting film?

There are lot of comparisons between film and digital so I'm gonna say something different. People want to see what they shot instantly so they can improve themselves. I disagree with that.
Even if there's a developing stage, eventually you see what you captured with your film camera. Since it will give you more realistic light, contrast, dynamic range and structure, you can understand more easily what you've done with a single shot in certain conditions. 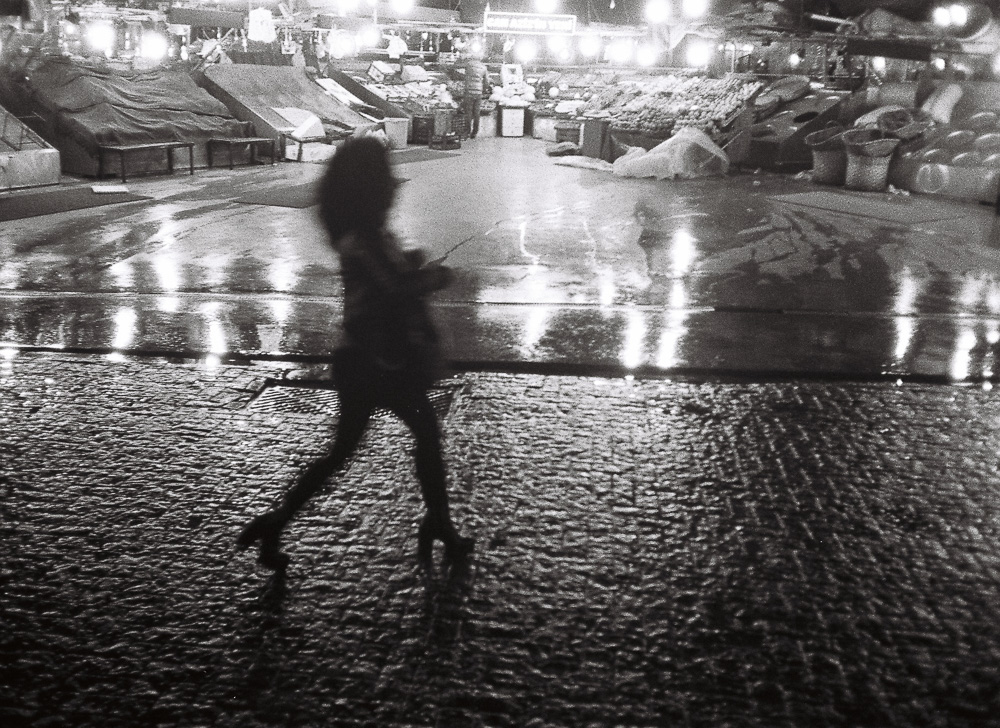 You just need to imagine the moment in which you take that photograph. By doing that in time you will start to shoot with your head first than with the camera. You'll be able to understand light better, which is the key element of photography. And I just had to say that even with today's technology, digital cameras couldn't reach the dynamic range of films.
Isn't that fascinating about film?