"As soon as I used the film forward lever for the first time I was hooked."

I’m 33 years old, from Amsterdam, the Netherlands. At the moment I’m working part-time as a chef in a restaurant and try to freelance as a photographer next to my personal projects. In the past I’ve also worked as a cameraman, editor, producer and director as well as a few years of being a professional poker player. 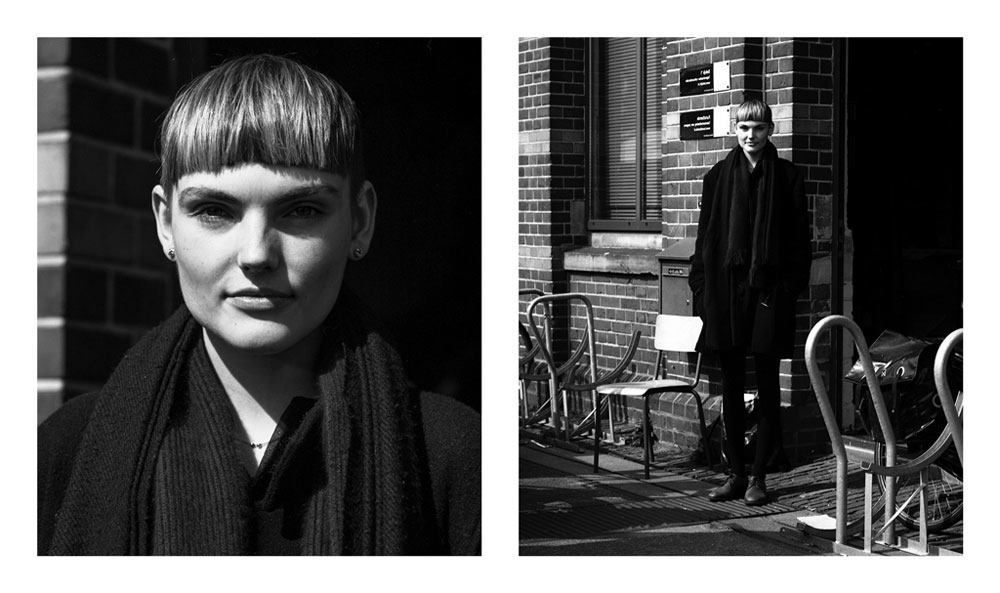 In retrospect it probably started with my grandfather. He had a darkroom in the guest bedroom where I slept when I visited my grand parents. I can’t really recall helping him with developing and printing but there are some faint memories about being in the dark with this red light and chemicals I couldn’t touch. I later got my first camera for my 10th birthday. It was a fully automatic Ricoh if I recall correctly. I only shot the occasional holiday snaps I think, nothing really artsy going on back then. I also think there wasn’t that much money to buy film and develop at the time. 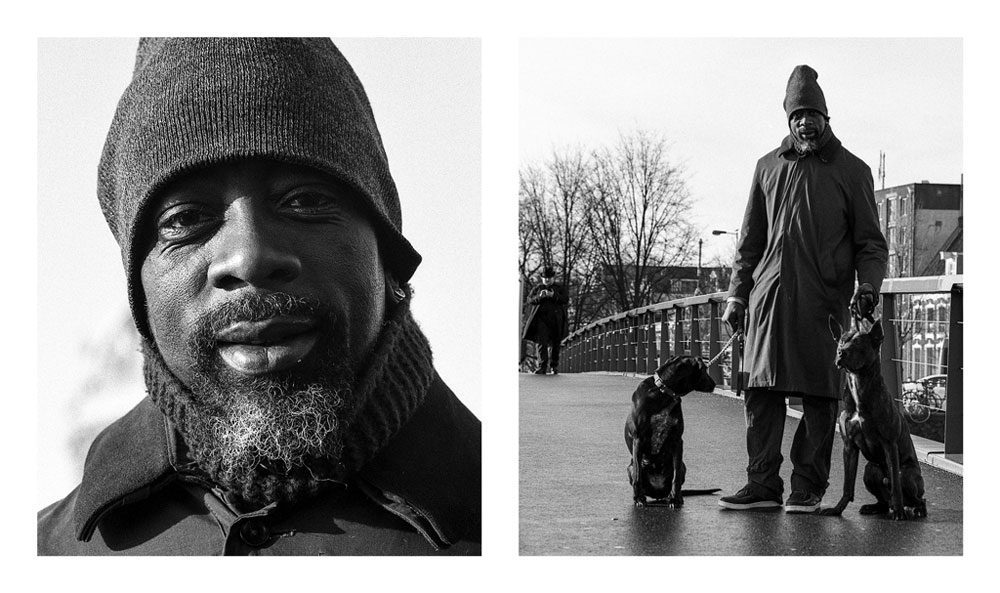 Fast-forward about 20 years to September 2014 when I came back from a 6-month overland journey from New York City to Rio de Janeiro. I shot lots of (digital) photos and decided to try to make some sort of a career out of photography in the next few years. Since this was a perfect excuse to get some new gear I was rummaging through the photography section of the Dutch version of E-Bay when I came across all these top of the line SLRs from Canon and Nikon from the 70’s and 80’s for next to nothing. I decided to buy a few for decoration at first. The first camera I got was an Olympus OM-2n and as soon as I used the film forward lever for the first time I was hooked. Coupled with all manual focusing and the fact you only have 36 shots made me rethink the process of creating a photo as opposed to pressing the shutter button on my Canon 6D without any consequences besides a full memory card and time behind
the computer selecting the best shots. 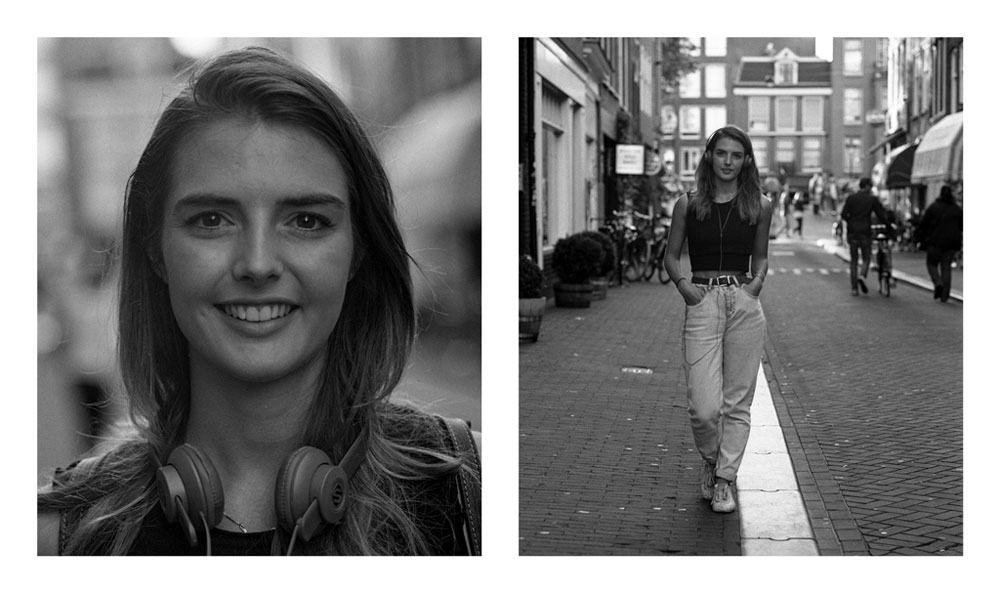 After the OM-2n I quickly expanded my collection with a Canon AE-1 and AE-1 Program, a Nikon EL2, a Minolta XG-1, 2 Mamiya’s, a Praktica and another Olympus OM-2, all for next to nothing. When the time came to buy some film I discovered medium and large format photography and this is when I came to realize it could be something more than a gimmicky retro bit of fun. The look you can achieve because of the much larger negative size when compared to the full frame sensor in my 6D is just extremely beautiful. I bought a near new Mamiya 645j with a 80mm and 150mm lens and since the first time looking into the waist level viewfinder I’ve never looked back. I don’t think the world can be looking any better than through this beautiful ground glass. I later upgraded to a Hasselblad 500C from 1961 and working with this camera is such a joy. 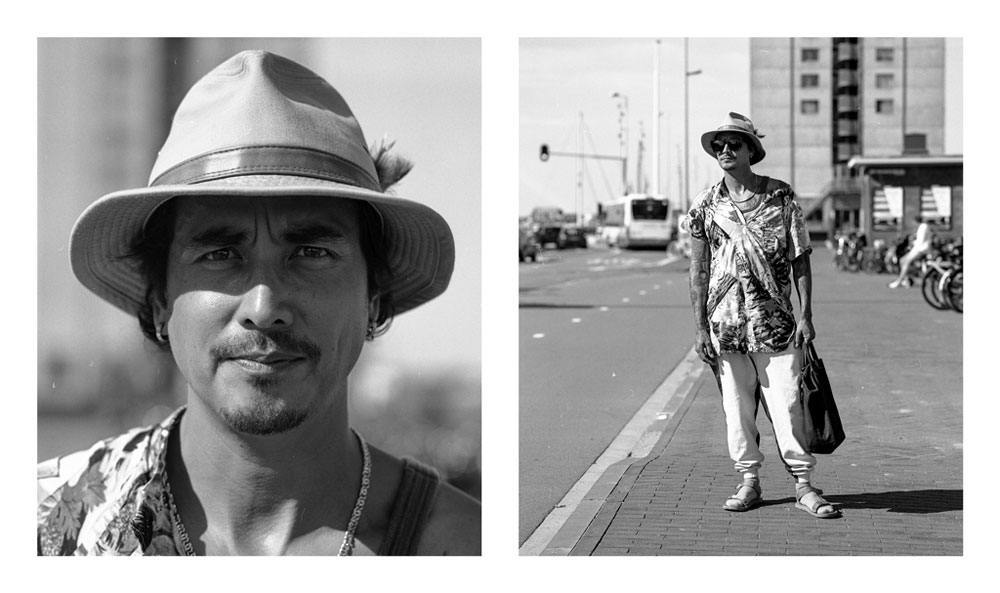 My setup varies a lot with what I’m shooting and which means of transport I have with me, so let me focus on what my bag looks like for my amsterdamstreetportraits project. I have my LowePro Toploader Pro 75 AW II which perfectly fits my Hasselblad 500C/M with attached 150mm Carl Zeiss Sonnar T* lens and an extra film cartridge for if the light changes dramatically. I also have my Sekonic L-478D Litemaster Pro with me to measure the light and some spare batteries for it. Of course a few rolls of film (although I usually shoot no more than 1 roll of film per day) and some business cards to hand out to those that I approach. I also carry a carbon Manfrotto tripod with me, but it’s not technically in my bag. 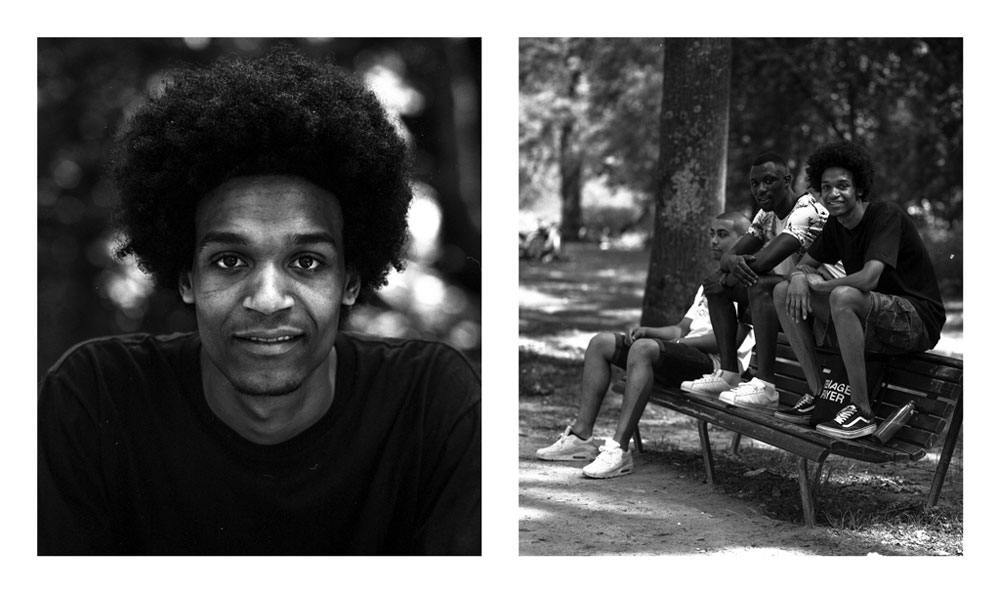 How did this idea come to you?

The idea for amsterdamstreetportraits came to me when I was looking for a subject to shoot and was going through my photos to build my portfolio. I noticed that I almost shot nothing in my hometown Amsterdam and I knew I never did proper portraits besides some undercover street photography. At the same time I read an article stating Amsterdam has the most ethnically diverse population of any city in the world and I decided to combine all of these elements. I decided to make a portrait of a random stranger for every day of 2015 consisting of 2 photos, one
headshot and a total, to show different sides of the subject and to have focus on the subject in the first shot and show a small part of the city in the second. 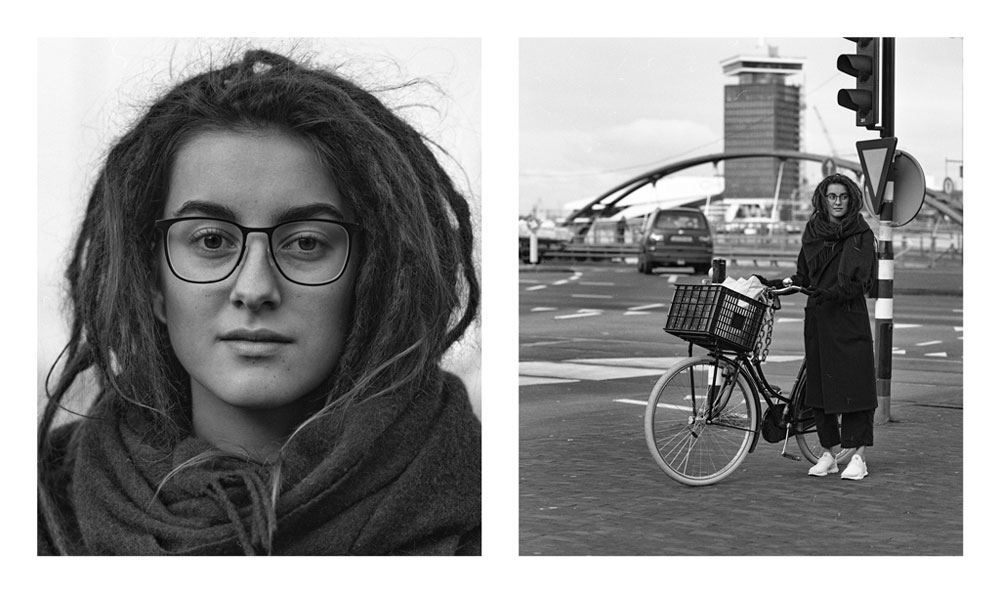 Committing to this for a year was also part of the idea, as I get distracted easily and didn’t want to risk abandoning it too soon. To show diversity I think you need a fairly big number of subjects, 365 seemed about right.

The fact that I believe portraits are better in black and white also helped as it meant I could do my own developing which would give me the opportunity to test out lots of film and different developing methods while at the same time keep costs reasonable. 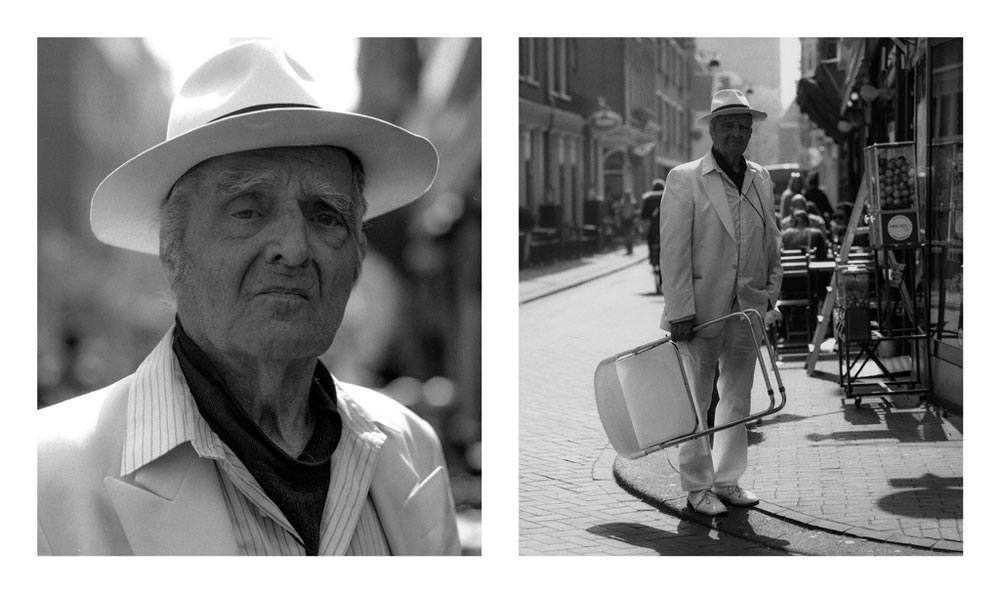 How do you choose the people who are going to be in your next portrait? How do they react when they hear about your project?

I usually head out to a certain part of the city and walk around looking for either people that draw my attention for any of a million reasons or situations that I find visually attractive. In the ideal situation these are combined. When I spot a subject I approach them and tell them about the project after which about 80% agrees to cooperate. I then take the 2 photos and 2 photos only. First of all because the project is about people and since nobody is perfect I’m not striving for perfection.

That’s what I love about the analog workflow since it’s almost never perfect. There are so many variables that determine the outcome, many of which you have little or no control over. Secondly I’m always disrupting someone when I approach someone so I try to make the impact as little as possible time wise. Usually it takes about 2 minutes from first contact to having taken 2 photos. After that, most go their way again, but it has happened that I ended up talking to someone for over an hour. 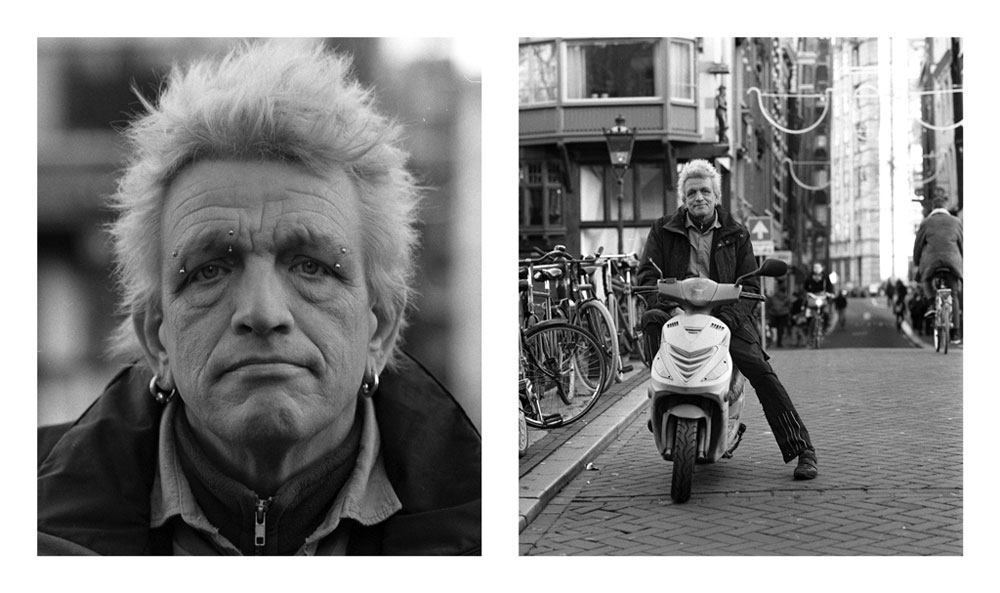 Everything and nothing. My head is always overflowing with ideas and the inspiration for these can come from the smallest of things to evolve into something totally different in the blink of an eye. Like I said earlier, amsterdamstreetportraits started with an article about the ethnical diversity of Amsterdam. For me photography is about seeing things, so lots of times inspiration comes from observing and thinking about what you are seeing and what this means to you. I never think about an audience, I am my own audience. If others like it it’s nice of course, but I’m trying really hard not to think about this when I create something.

The same with commercial viability, if this would have been on my mind during the making of amsterdamstreetportraits we probably would have seen mostly 30 somethings with creative professions and/or big networks to maximize the impact and chances of it leading to something profitable. 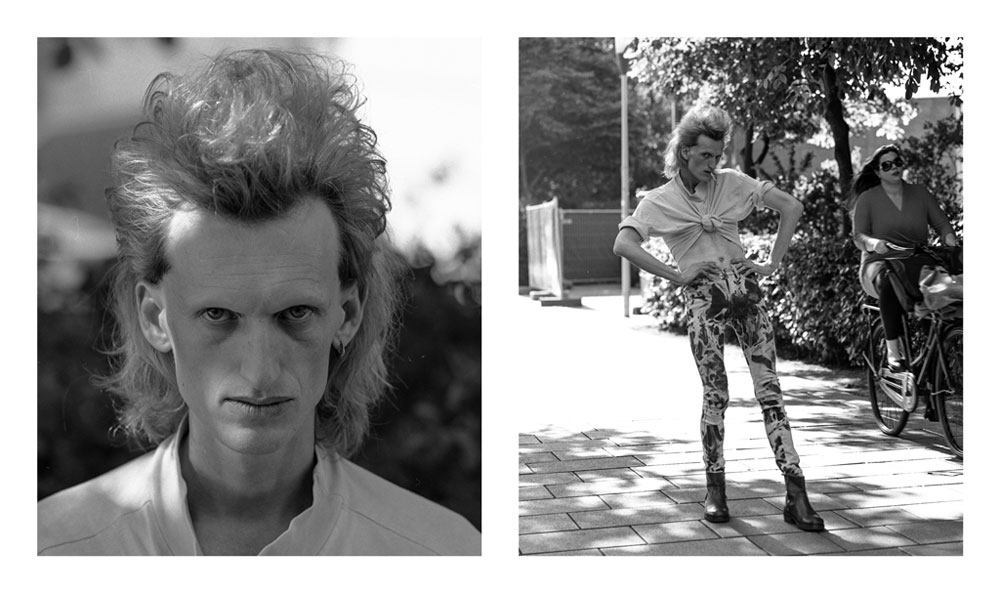 Don’t do a yearlong project on film! No, all kidding aside I think for lots of creative people working on a project, with a deadline, is really helpful to keep on track. So my advice would be that if you are thinking about doing any sort of project just go and do it instead of waiting for a time when all the variables are just right. There probably won’t be such a time. Just start and use the project and the deadline at times where you feel like giving up. Setting some ground rules for yourself will also help you stay your course, but don’t be afraid to bend those rules if time calls for it. 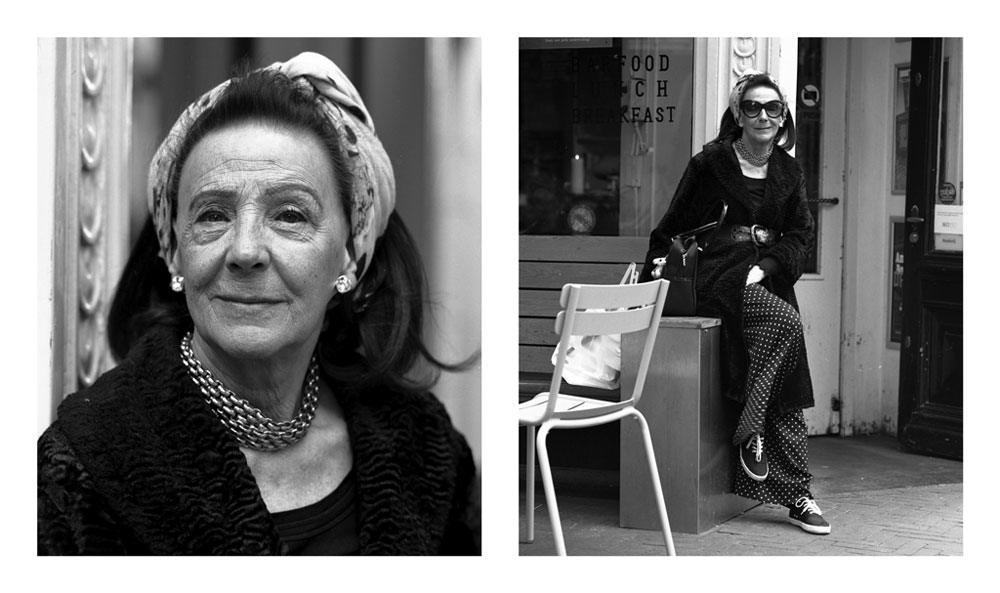 As long as Ilford, Fuji or Kodak still keep making it I wouldn’t know why not. If someone put a gun to my head and made me choose between film or digital, I would definitely be going for film. 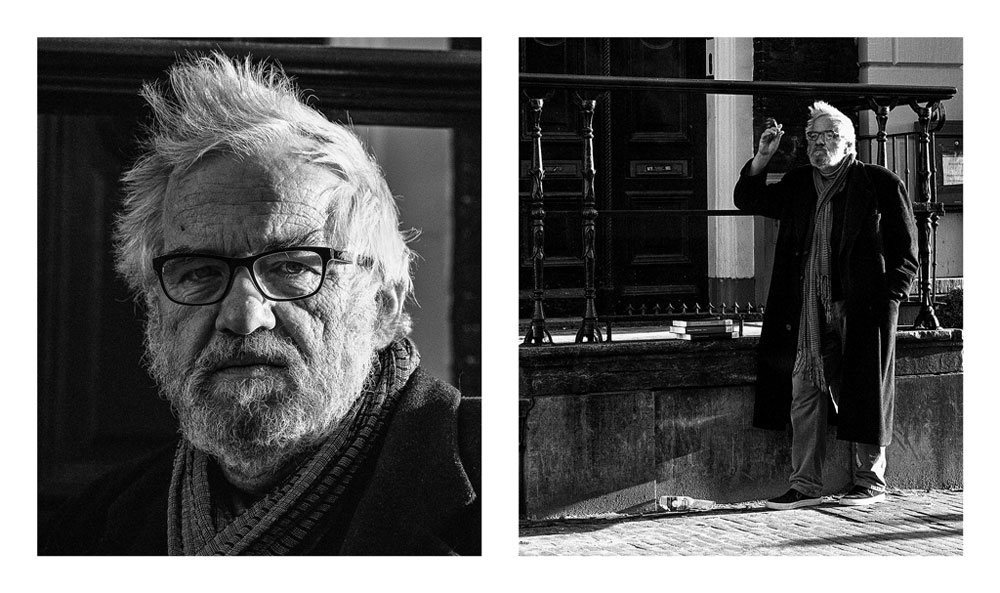 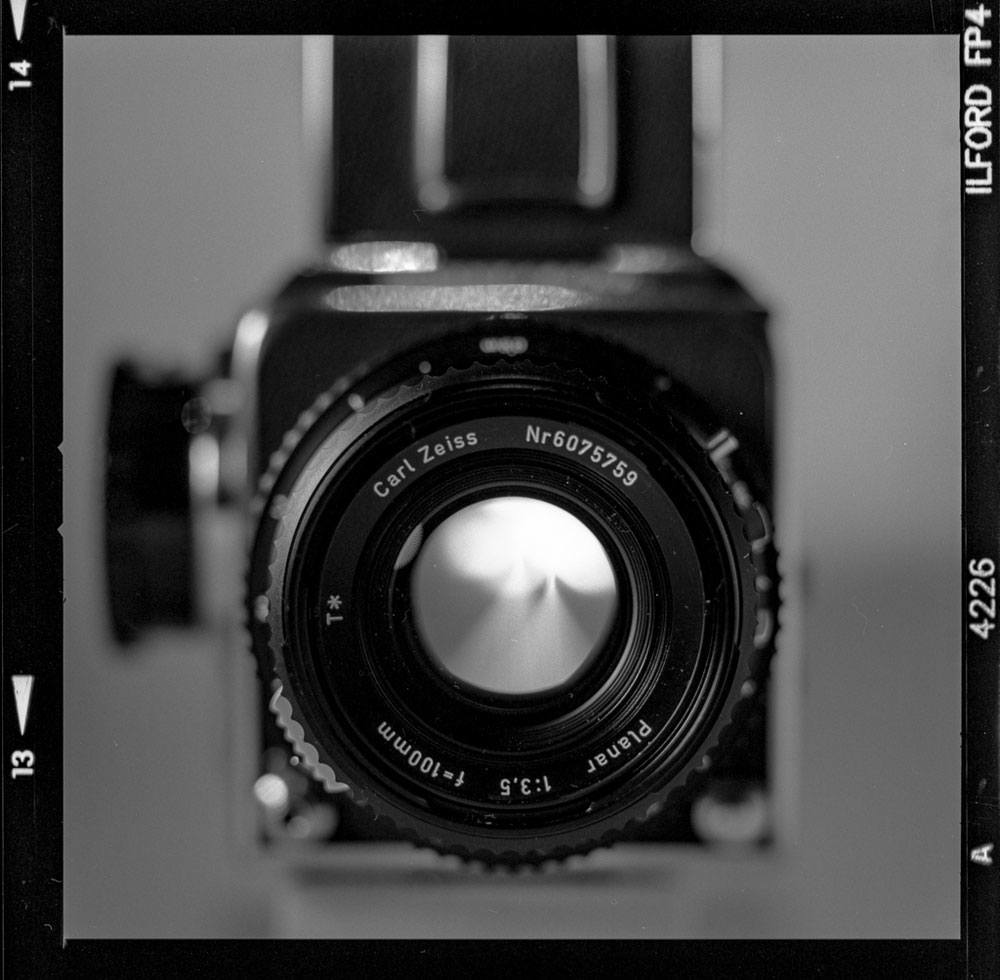 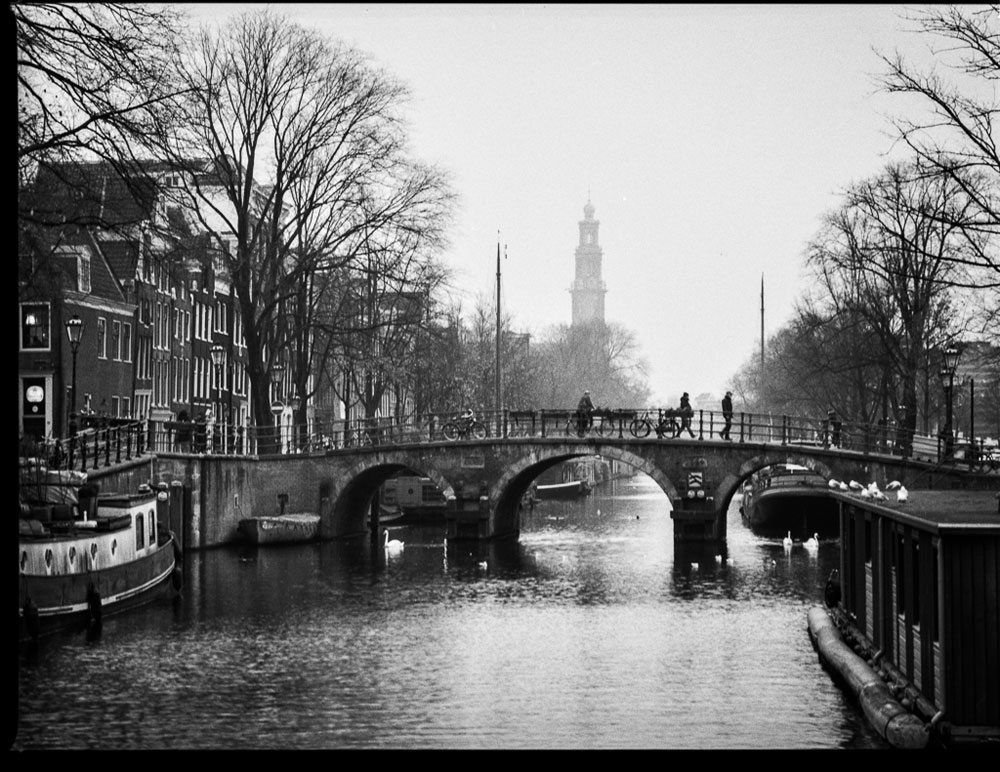 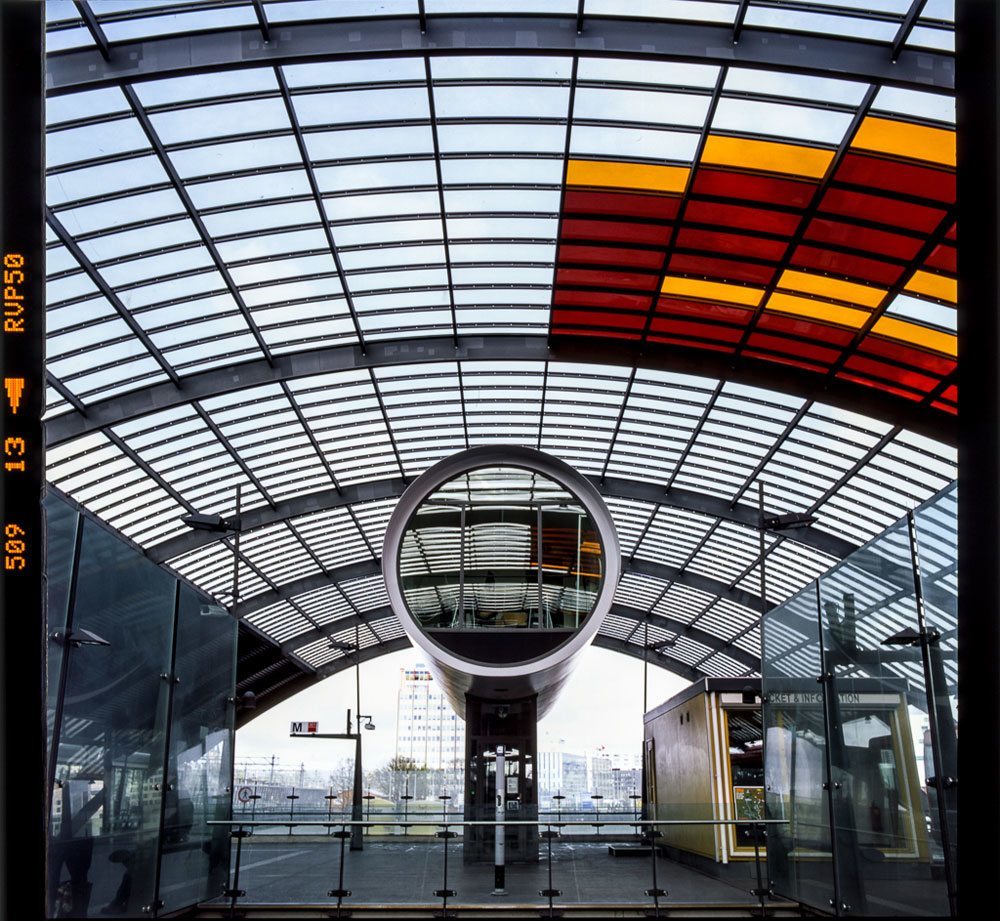 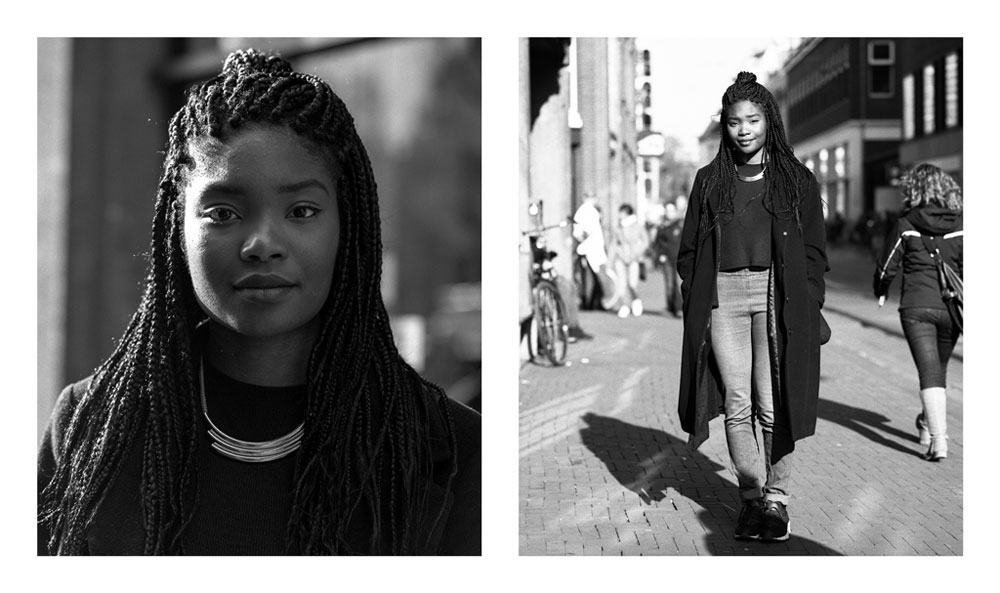