"The people's willingness to lay themselves bare to the camera, and to allow their stories to be transferred to film, is an honor which can only be returned by making the visual record faithfull"

"Through the portraits displayed on these pages, over 400 girls living in rural India now have access to a quality education. In cooperation with Humana People to People India and Nirvanavan Foundation, schools have been introduced to villages where the education of girls was truly suffering. Many of these girls are now attending classes for the first time in their lives, and are the first women in their families to become literate. This is what truly motivates my work, and the idea that the hundreds of students will turn into thousands in the very near future. Through the education of its girls, a society will only flourish more so, will surely reach true equality and enlightenment." 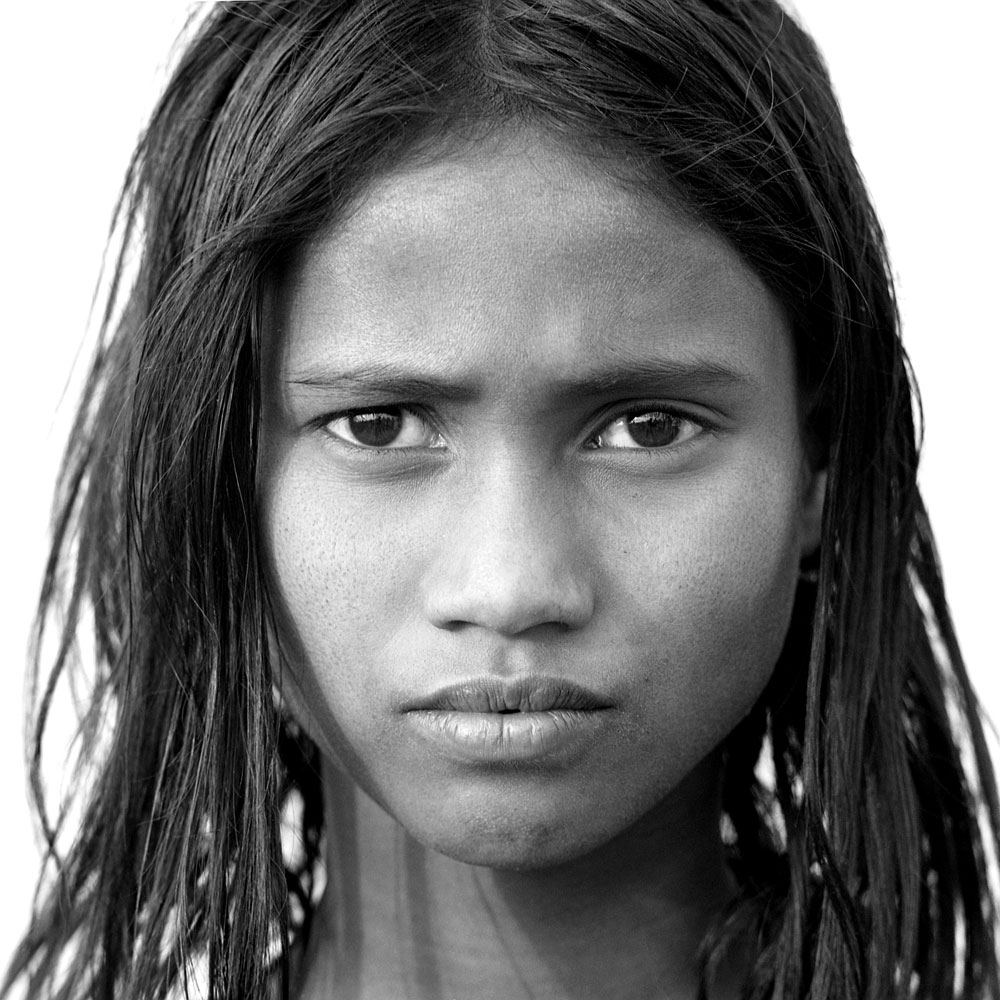 I am 47 years old, was born in Managua, Nicaragua to parents
of Lebanese descent, and work as a prosthodontist for a
living. Presently my year is split between dentistry and
photography, with the former facilitating the latter in a
symbiotic relationship. 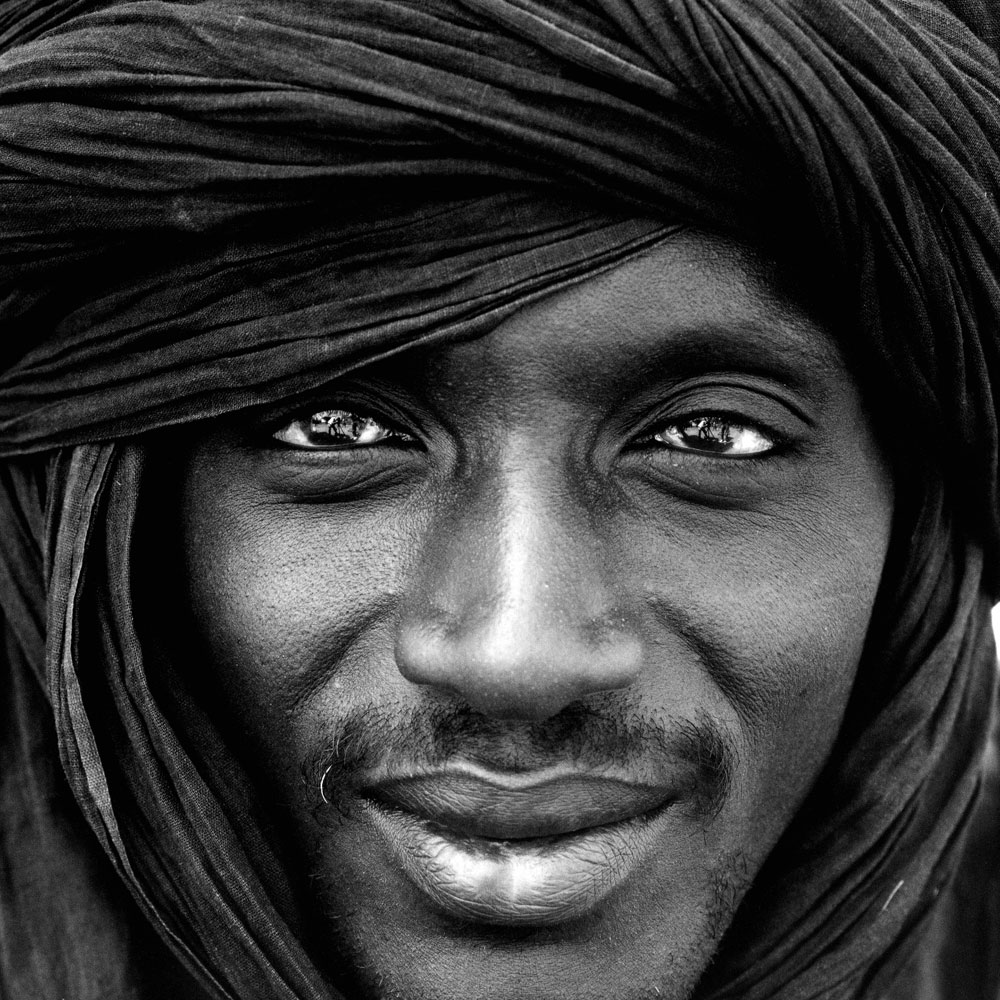 While on a visit to see my family in Lebanon, I took along a
film camera to document my mother's town. The days were
spent walking around the streets making portraits of the
architecture and the merchants.

Then one afternoon I found the courage inside to flag a cab, and ask the driver to take me to the Arabs living in the valley below. The idea was born from seeing the most incredible faces working the
fields as migrants from neighboring Syria, living in tent communities dotting the landscape. The driver dropped me off just past the row of tents, and I began walking in their direction. Once they saw me the women of the community invited me in for some tea, starting the conversation.

One thing led to another and the children came running to have their portraits made. Once I returned to the States, had the film processed and printed my first portraits in the
darkroom… the potential of this medium gave birth to a lifelong pursuit 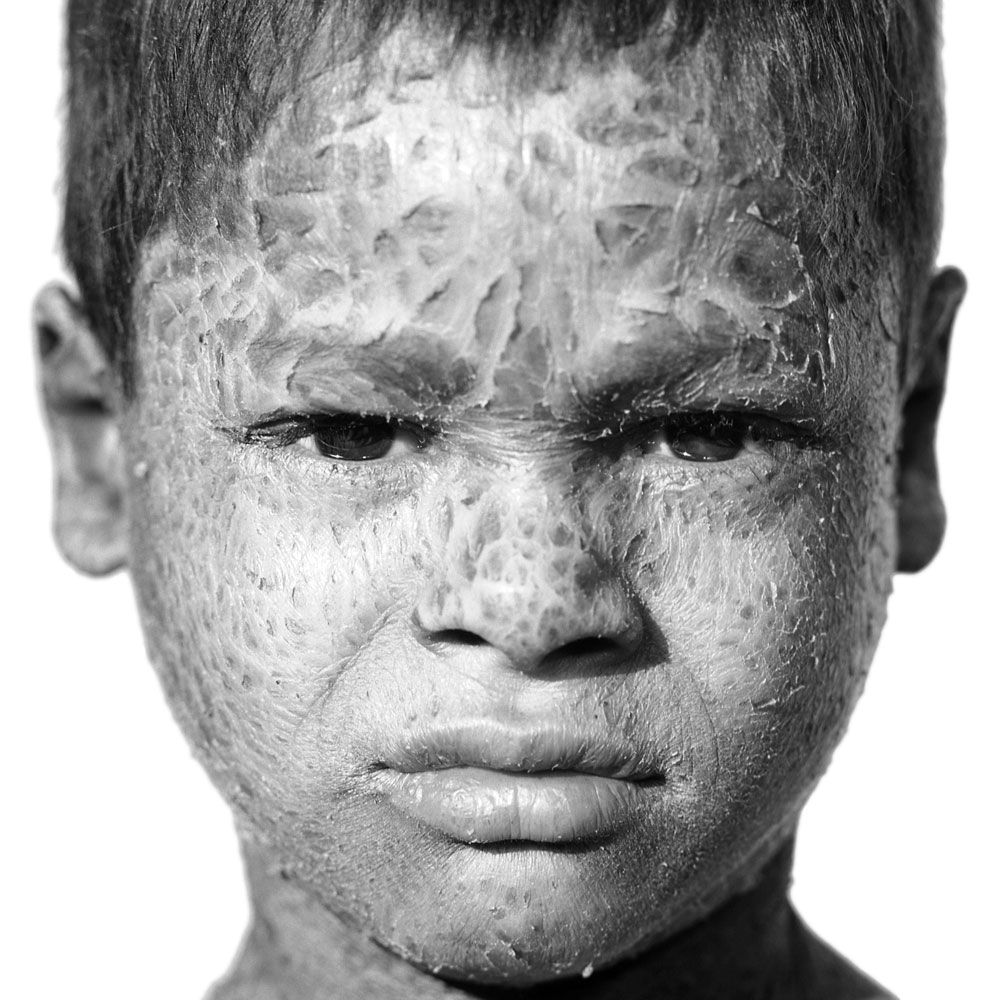 The three types of film used for my portraiture work are Fuji Neopan Acros 100, Kodak TMX and Kodak TMY. They were selected through real world use and darkroom printing. This, in addition to the reviews, gave me the confidence to maintain the use of these film stocks for the past two decades.

What cameras do you use when you work and on a regular day?

The cameras in my bag for the trips are as follows:
Hasselblad V-System and the Fuji GA645 series. More specifically, the Hasselblad 555 ELD is the workhorse while the rangefinder Fuji GA645 cameras produce supporting, environmental portraits. 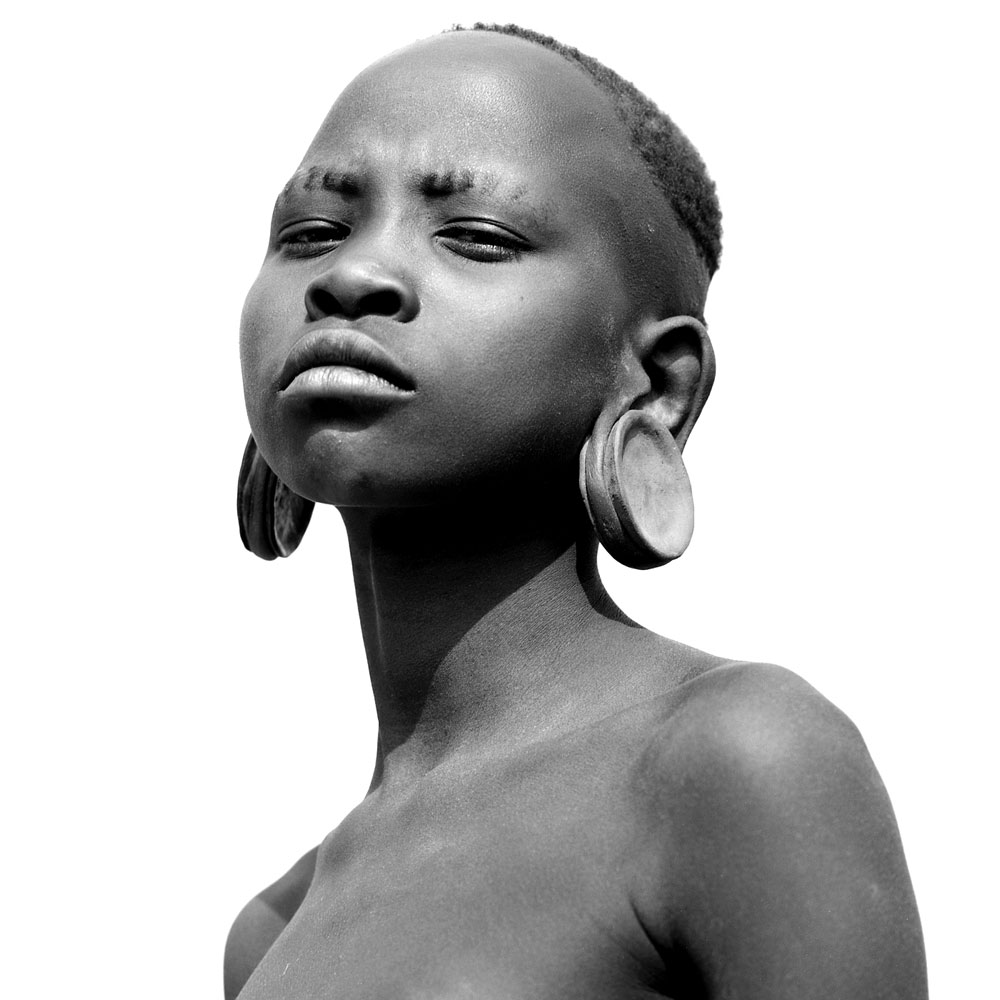 What do you enjoy most? Photographing people or moments?

Portraiture is my preference, allowing an infinite number of expressive moments to be recorded from a single person. When a stranger takes their place in front of the lens, the excitement of having a dozen frames to document their expressions is almost overwhelming. This happens over and over again, from one country to the next, and never ceases to amaze me. The people's willingness to lay themselves bare to the camera, and to allow their stories to be transferred to film, is an honor which can only be returned by making the visual record faithfully. 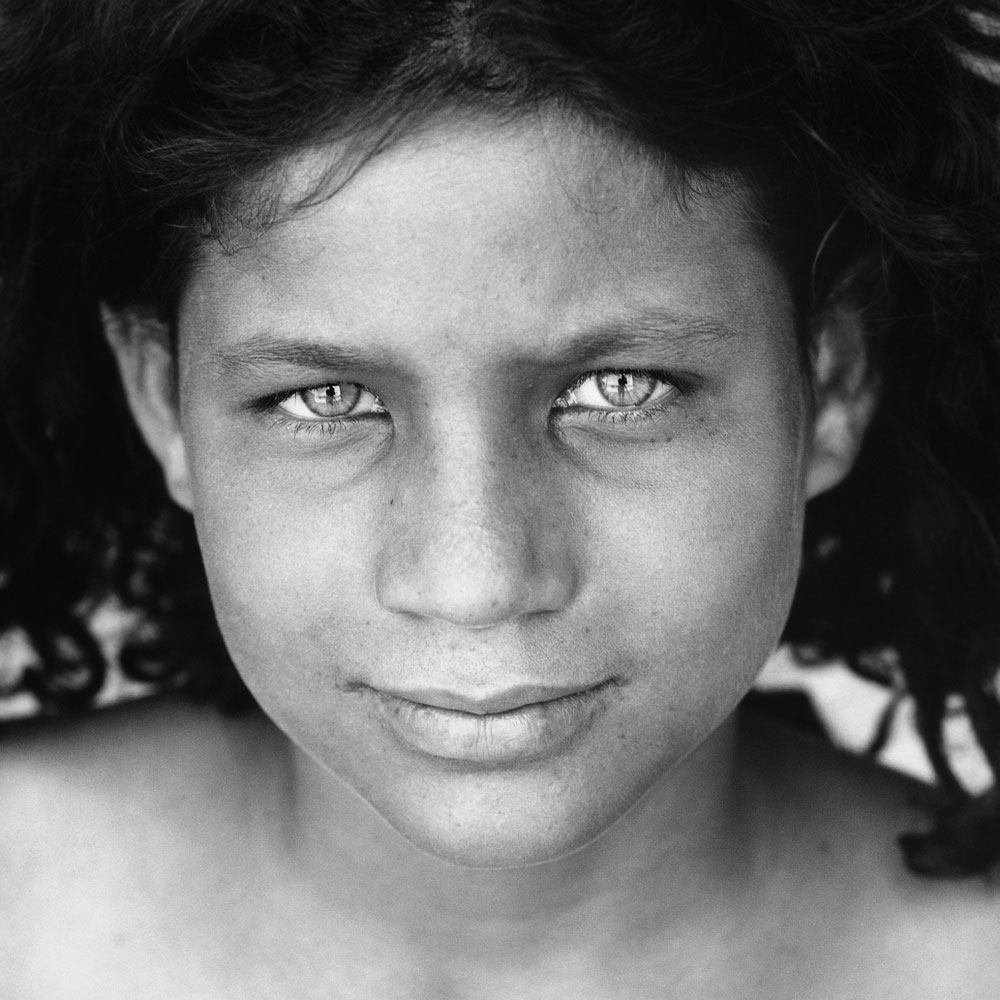 Between black and white and color film which would you choose?

In recent years a conscious decision was made to work exclusively in black and white. While color was always a part of my work, it seemed that the processed, color film would just be packed away for future reference. Eventually I realized that my eyes saw the world through a monochrome prism, placing the importance on the expression of the person rather than the hues of their features.

Do you take many pictures of your subject, or wait for that one moment to press the shutter?

Depending on the person being photographed, four single frames may be exposed or a dozen rolls. My interest is in the range of expressions rather than a single moment. While the single image represents a considerable portion of my work, being able to document a person without concern as to the number of frames frees both the person and the photographer.

Tell us about your work day. How do you prepare for a shooting?

Since most of my work takes place overseas, the work begins
prior to my arrival. Once the communities are contacted, the
first step is to decide on a location. In Cuba for example,
we speak with the families and ask about their preferences.
While in India we use the environment present since choosing
a location other than the village is impossible. 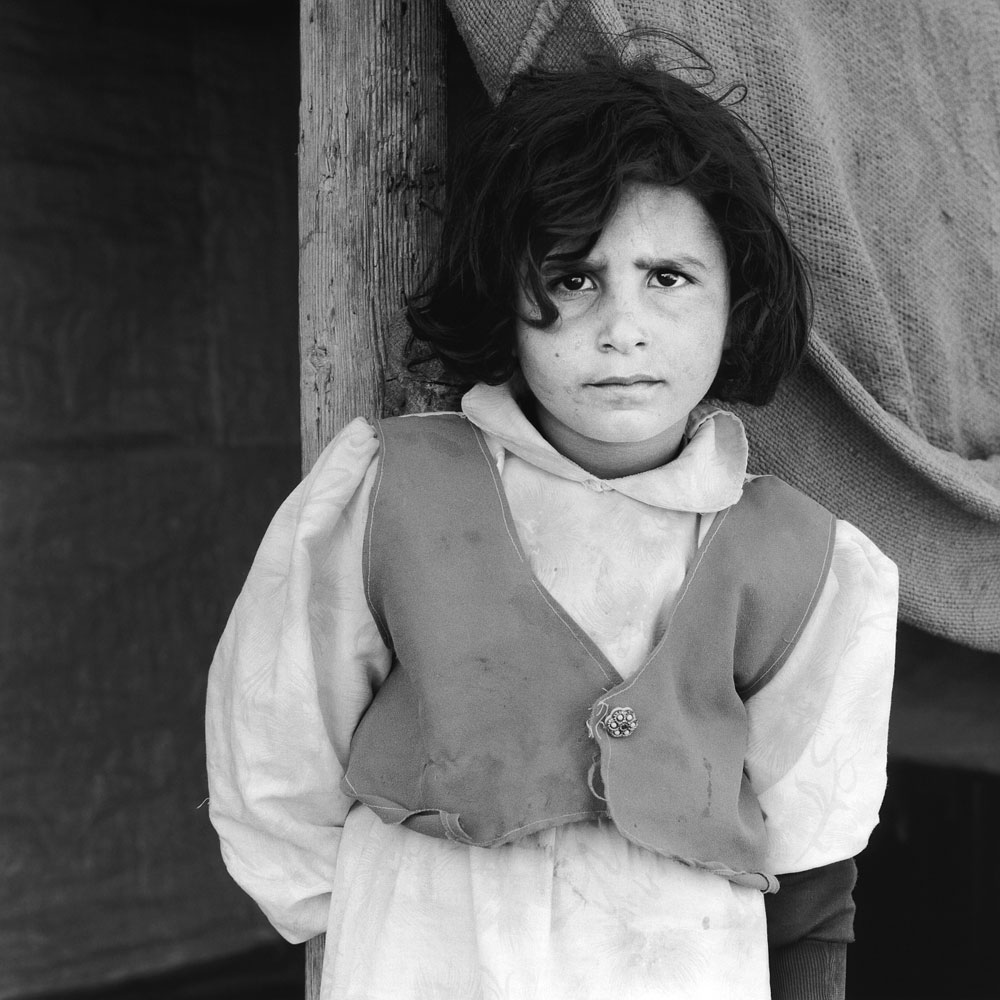 While photographing the ballerinas in Cuba for instance, the
families might choose to visit the beach or perhaps the
countryside, and then it is our responsibility to find the
perfect spot with access to the sunlight necessary for the
portraits. We then visit the families and talk about their
vision, their thoughts regarding wardrobe. This contrasts to
my work in Africa and Asia, where we work within the
limitations presented to us, while at the same time gently
pushing the boundaries of each community whenever permitted
to do so.

Once we select the location and agree upon the time, either
the first or last hour of the day, it is a matter of putting
the camera on the tripod and loading the film. A grey card
is used prior to each roll exposed, and a short conversation
is had with the subjects prior to their appearance.

What could we always find in your gear bag?

You can always find a gray card, a cleaning cloth, a dust
tool and two albums demonstrating my photography to the
communities. This has over and over again softened the
reactions and allowed the work to be understood more so.

As for the equipment, a Hasselblad 555 ELD with the
following lenses is always present: 50, 60, 100, 180 along
with tube extensions. The Fuji cameras packed are the
GA645i and the GA645Zi. In addition, a Sony RX100 camera is
used in order to have images ready for the communities
immediately. With a robotic arm, this small digital camera
is mounted adjacent to the Hasselblad system. A single
shutter release is used to trigger both cameras
simultaneously, producing the same exact image on film and
digitally. During my visits the digital images are printed
in local labs, and handed to the people. This has endeared
me even more so to the communities, always producing smiles
and laughs for all to enjoy. 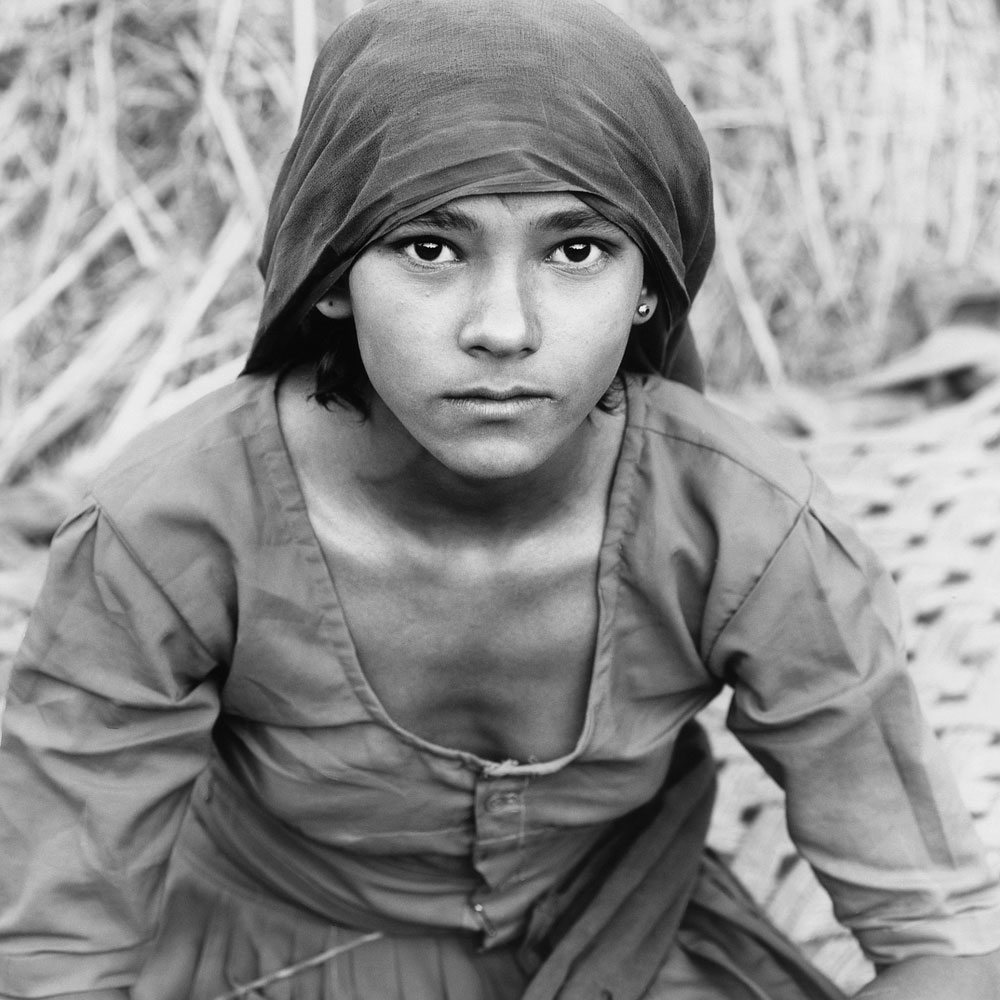 With humility, I would like to share these images and hope
that they inspire this community as the images have inspired
me. Over the past two decades photography has helped me
develop bonds with the most incredible people, who by now
have become my extended family. They look forward to my
visits almost as much as I look forward to my sessions with
them. I have learned that returning to the communities makes
all the difference in the world, especially when coupled
with photographs in hand. There is nothing like
photographing children in the streets of a city, then
returning to that neighborhood to photograph their younger
siblings and even their own children. The love produced with
such a history is beyond my ability to describe on this
page, always makes me pause. 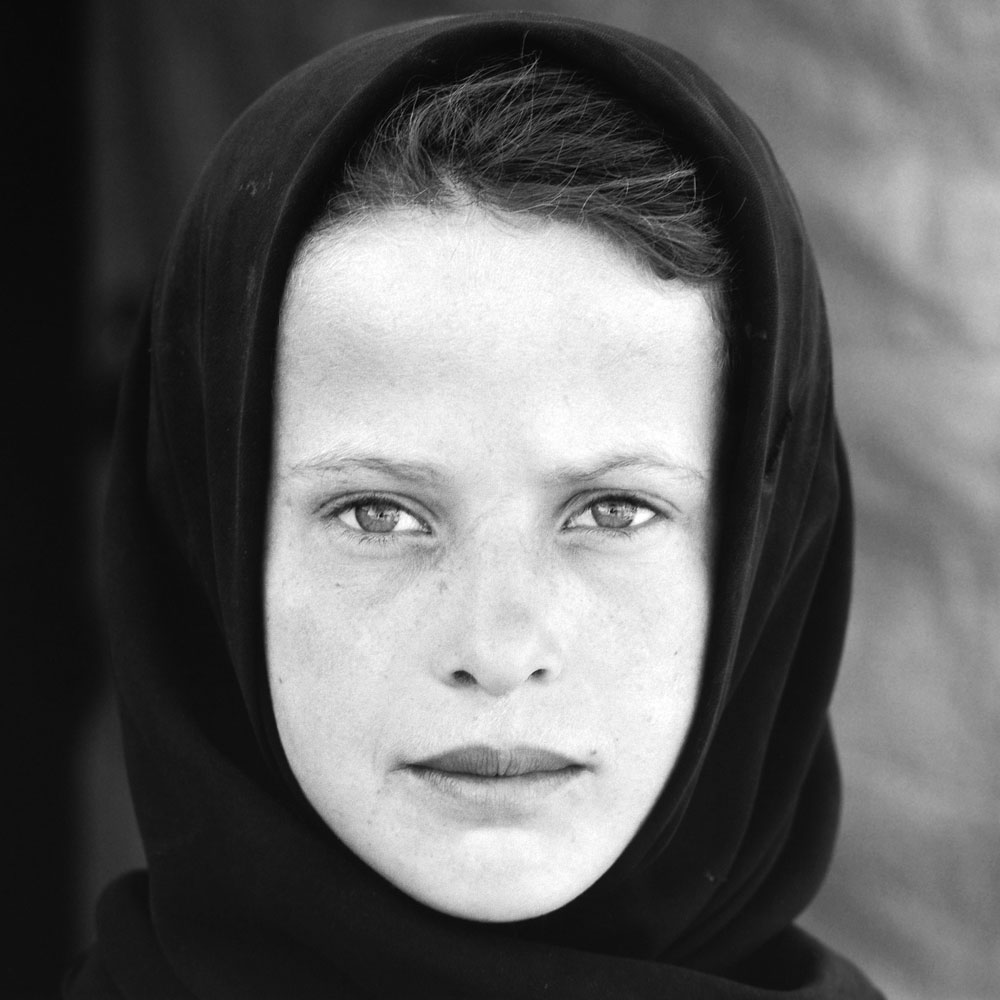 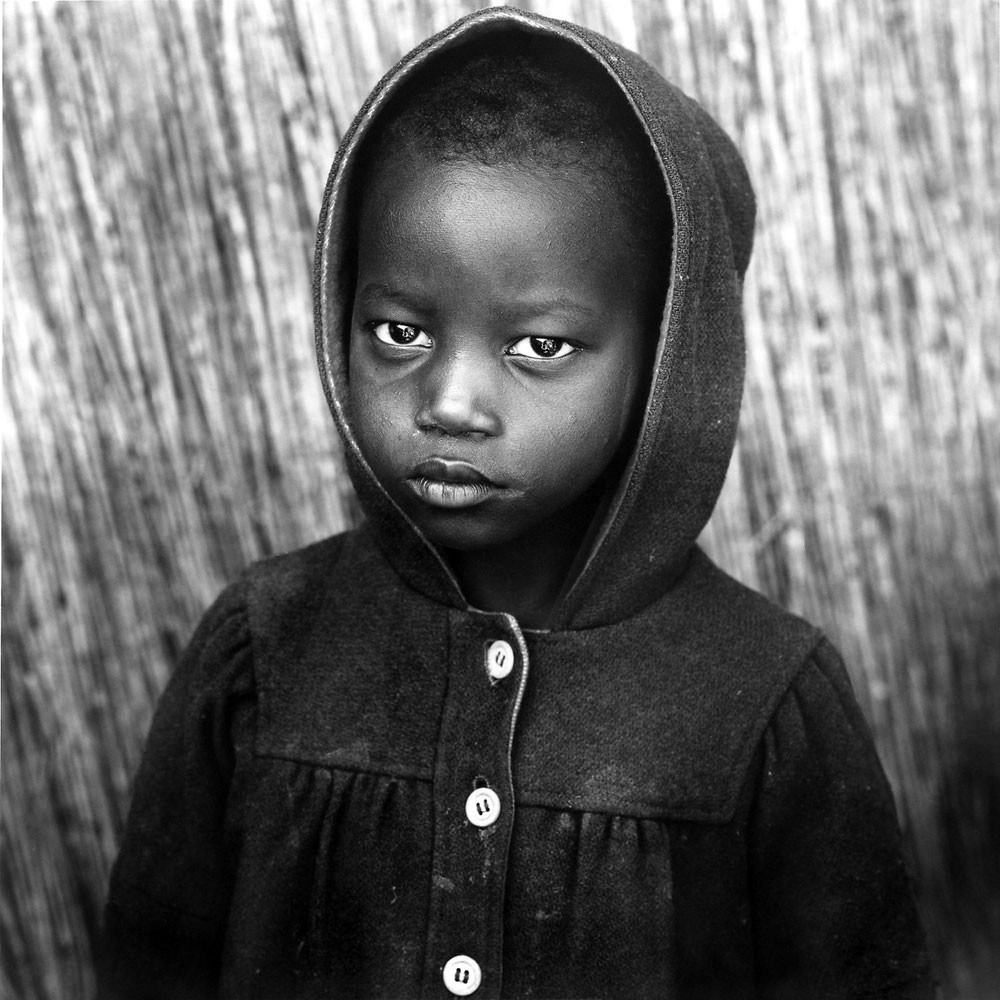 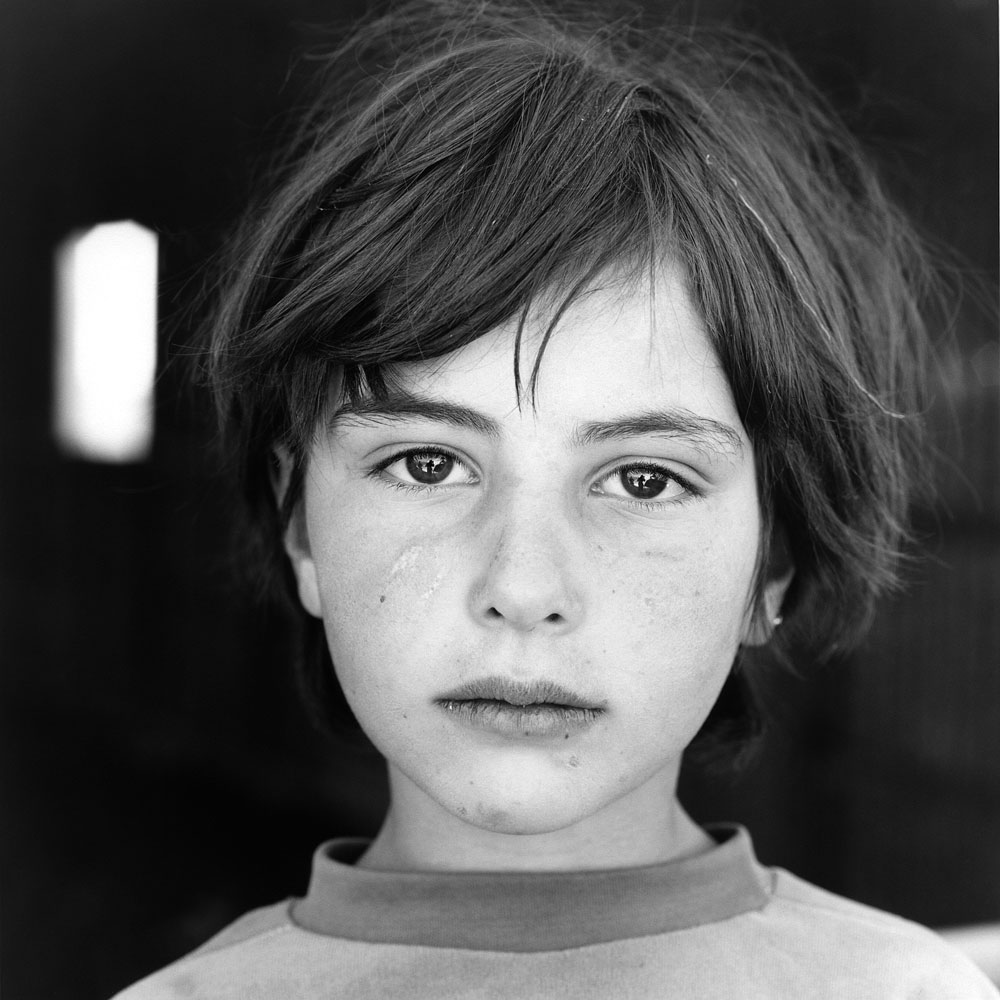