"I have bags of whatever people have given me with rolls of kodak gold expired, kenmare, lomo, fuji drugstore whatever, and I shoot it all."

I'm 24, I live between brooklyn NY and Los Angeles, and I'm a model and photographer on film professionally. 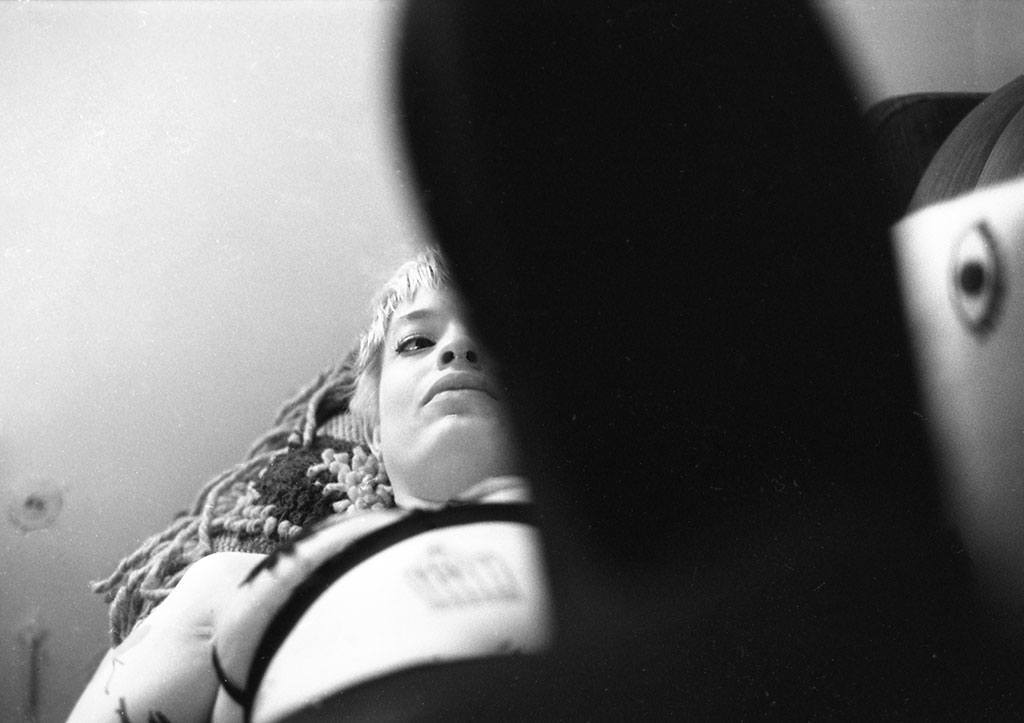 I don't think it ever "began"; it was more of a flirtation that got more and more serious. My family is made up of artists and my first memory is of my godfather pushing a lens into my face when I was 2. My mom made documentary and stock video on betamax and shot nikons when video tape was still a new thing, and my godfather was a photographer, as were some close family friends.

I started modeling later and got to spend so much time on set with cameras that it seemed really strange not to take some myself. My first editorial ran probably 5 years ago, with Gloria Noto's the Work Magazine. I took my time sinking into it all. 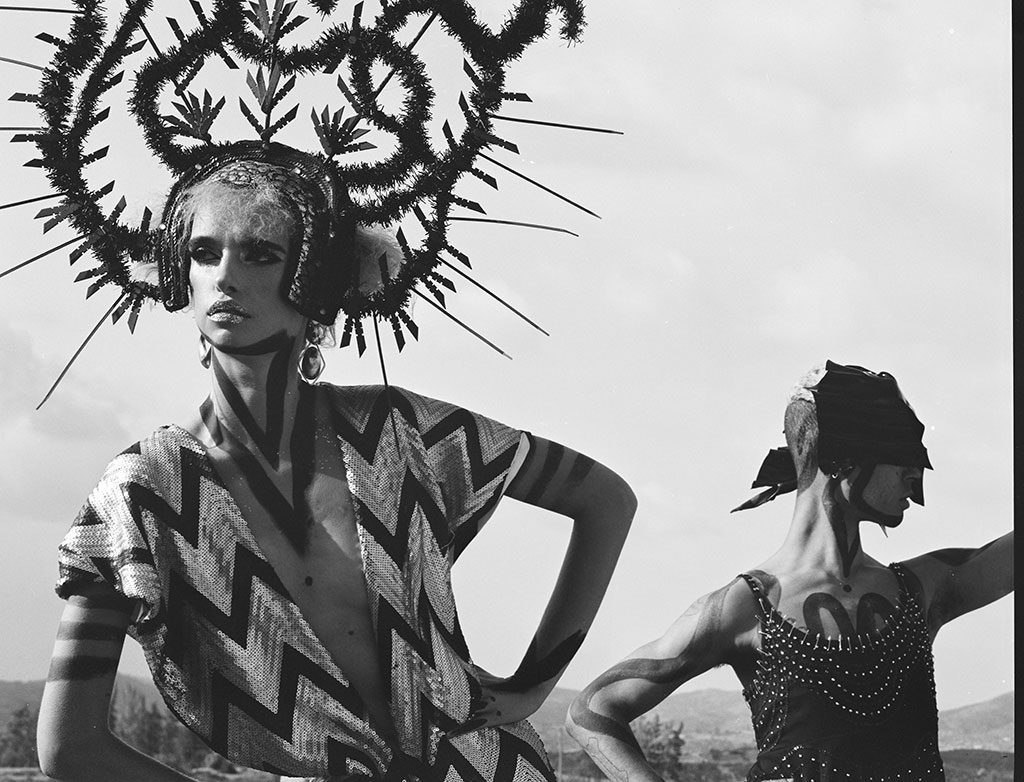 With studio work, I like the high contrast in Tmax and I'm a holdover on Portra from the NC/VC days, but I shoot a lot and the Arista and Vision 3 keep the costs reasonable. Vision 3 has the added bonus of looking totally strange and recognizable and I think the tungsten balanced color pallate adds a lot of drama to the work I do with it-- my stuff on vision 3 is conceptually really bold/weird/experimental anyway. 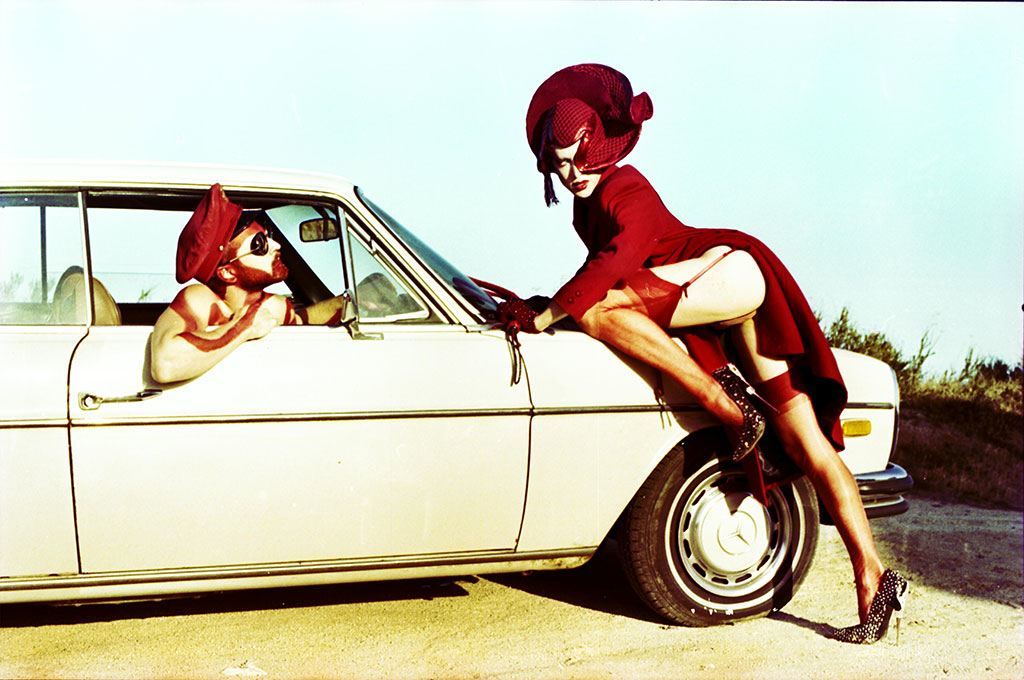 Arista 35 is totally usable, especially because I can manipulate my images digitally to sit perfectly with my Tmax shots, and it costs less than half of Tmax 35mm for 100 feet. I'm really not that picky. I have bags of whatever people have given me with rolls of kodak gold expired, kenmare, lomo, fuji drugstore whatever, and I shoot it all. My mom sent me a big box of expired kodak gold 200 that she found in the attic from like 1997 and I used most of it in a week. When I need another roll of film, I'm not going to complain if it's not the brand I like, I'm just grateful that that bag is still there. I wish they would bring back higher iso color options though. I spend half of my life in the dark and it's gotten to the point where in those situations I've given up on color completely and just shoot Arista with the shutter thrown wide open, the aperture at 1/30, and then let it cook in D76 for a million years.

Nikon FMs are genius. Totally simple, totally usable, inexpensive, so I'm not afraid to destroy a camera for a shot, and the lens kits are beautiful glass. My living room looks like a parts graveyard for the poor things. I order the bodies cheap, sometimes with broken meters, meter externally, and go through them so fast that it's embarrassing.
For lenses, I pretty much alternate between a 50mm 1.4 and a 28mm 2.8. Nothing fancy at all-- occasionally a 200mm 3.5. 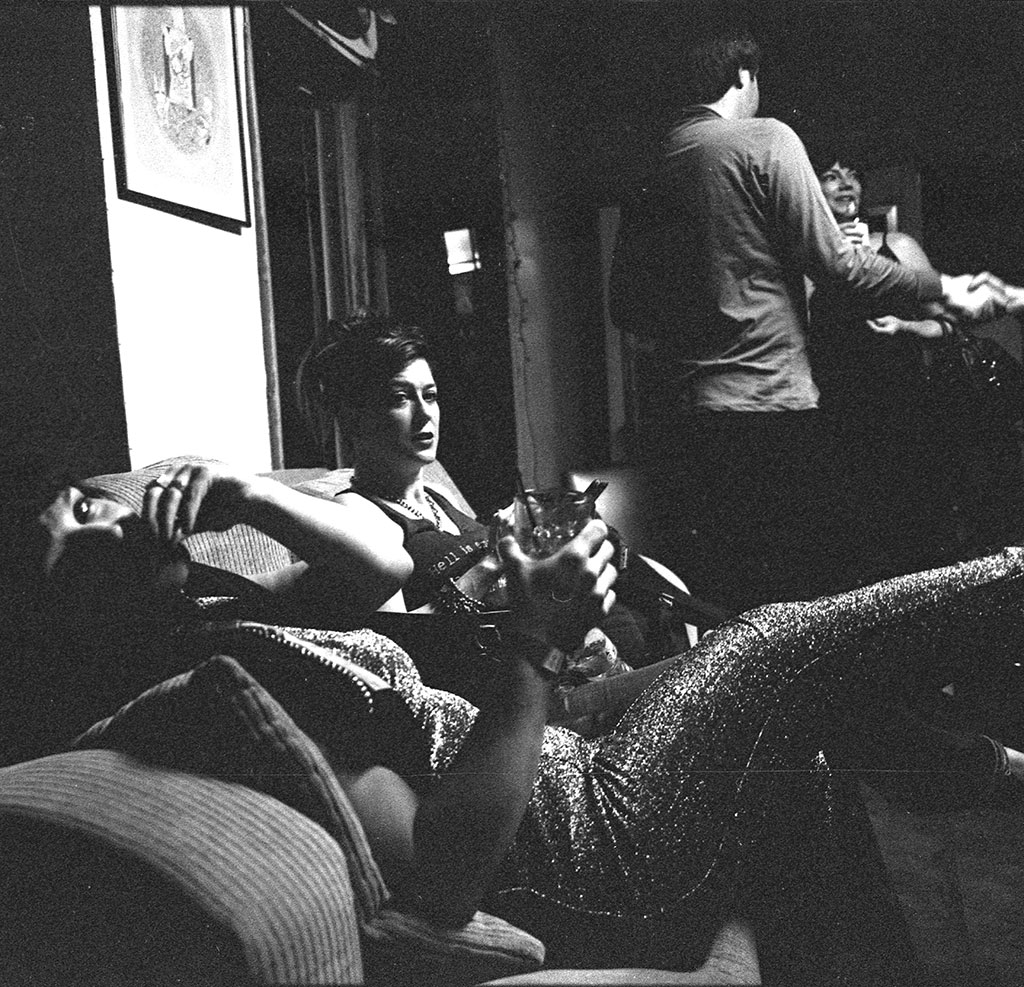 My friend Dylan (Gordon) told me once that it's possible to know your camera with all five senses, and I wasn't sure if he was joking but I really liked the idea that if you spend enough time trying to understand your camera, you can know it by smell and taste, so I've really just committed a lot of time to that body and that setup, half-hoping that one day I'll wake up and smell the air around my camera and know something new about it-- why not? I'm halfway there--

I was on tour with my friend's band shooting them this summer and felt something wet on my camera, so I licked it instinctually-- whatever it was that melted, my mouth was numb for the rest of the night. PSA, don't lick your cameras. Just never do it. I still am not sure what melted in that spot but life happens and I shot the whole show with a numb mouth wondering if I was going to die.

For studio I use a Mamiya rz67 pro 1. It's a beautiful camera and so satisfying, and Mamiya glass is really special.

It depends on the project. I shoot a lot of black and white, but the tungsten balanced palate of vision 3 is really distinct and I'd hate to give it up.

It's all an experiment. Every time I wind the film onto reels, I pray that whatever I did worked and I'm always a little shocked to see it come out of the chemistry exposed and correct.

In all honesty though, I've gotten some backlash because I do shoot a lot of nude work on film. I'm shocked that in this era there's still such backlash to nudity, but there you go. I shoot nudes partially because I'm working on a book documenting aspects of the sex industry and nudity is so central to that, but recently I've started shooting it in the studio for the first time, which is something I've never seriously thought about before. 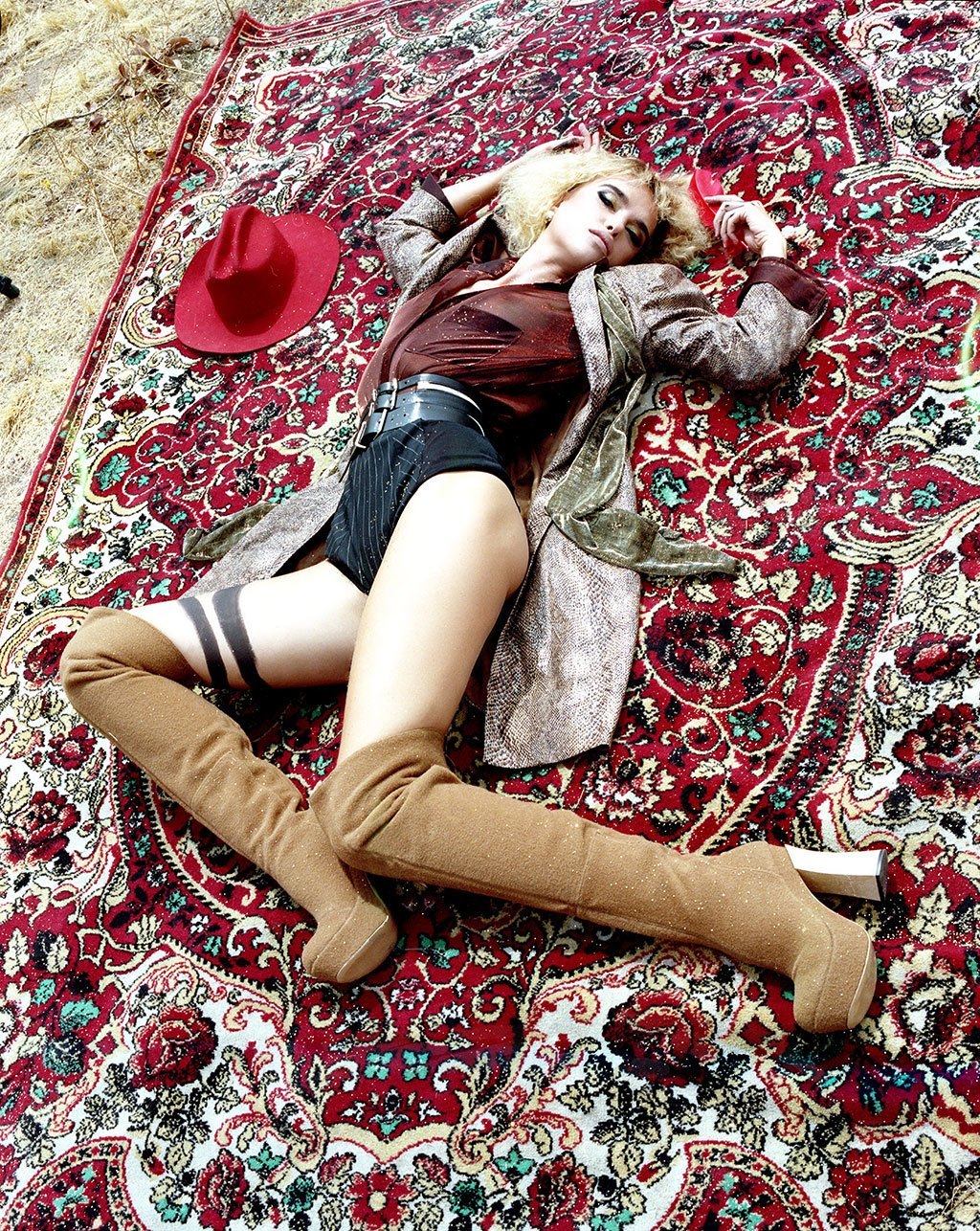 In the studio, the nudity has just been to get a sense of conformity between my subjects-- like, here they all are with no styling and no makeup-- to get down to the basic emotional truths that make them human. The backlash has been everything from really bitter weird name calling to accusations that I just want to see breasts and show off, which is actually hurtful because I'm a pretty outspoken feminist and if I wanted to see breasts all I'd have to do is look in the mirror. Modeling, everything is so perfectly styled and carefully done, so with my art and non-fashion work, I'm hyper aware of how styling affects a shot, and with the show I'm working on right now I'm much more interested in what emotions look like in front of the camera when they aren't encumbered by styling or even the daily self styling that my subjects do.

I also shoot a lot of self portraits, often because I'm alternately impulsive and lazy and sometimes it's much easier to get myself out of bed and off to work on an idea if I have the freedom to work alone-- but I do love my models. I shoot Sydney and Alexz all the time, and I would hate to ever stop. I hope they never leave me. 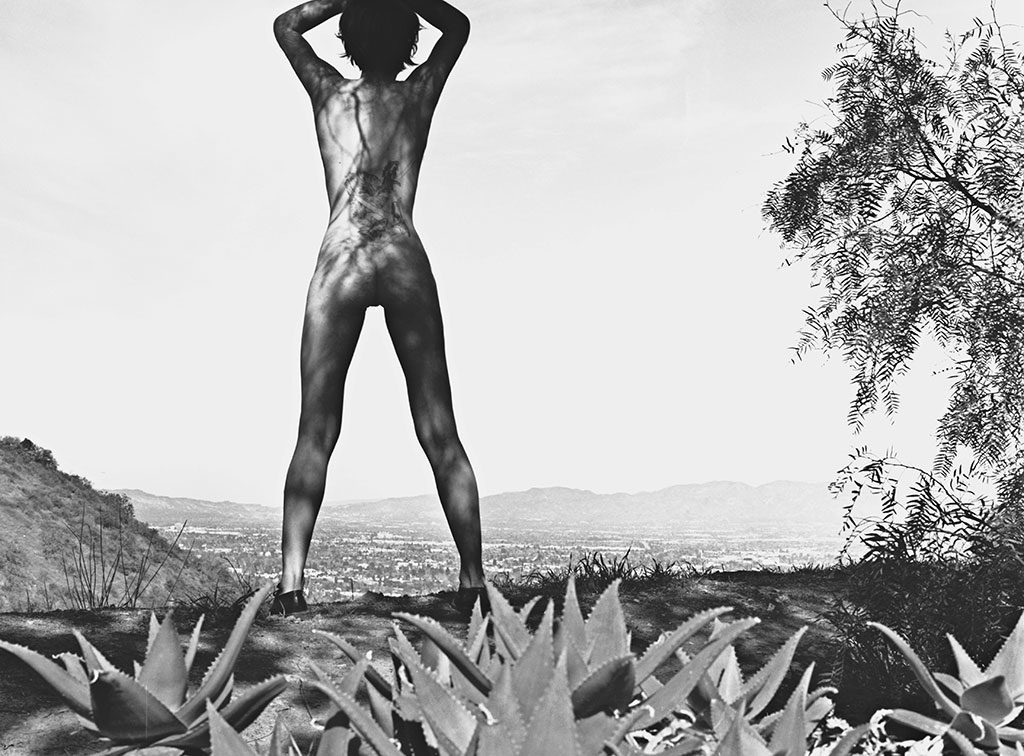 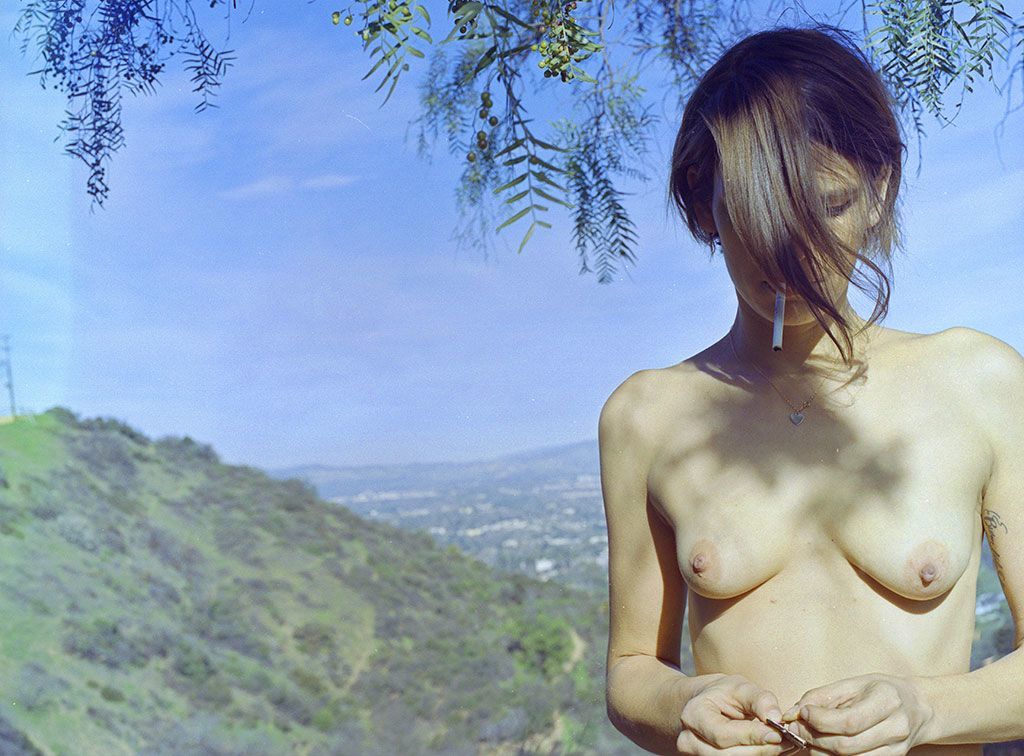 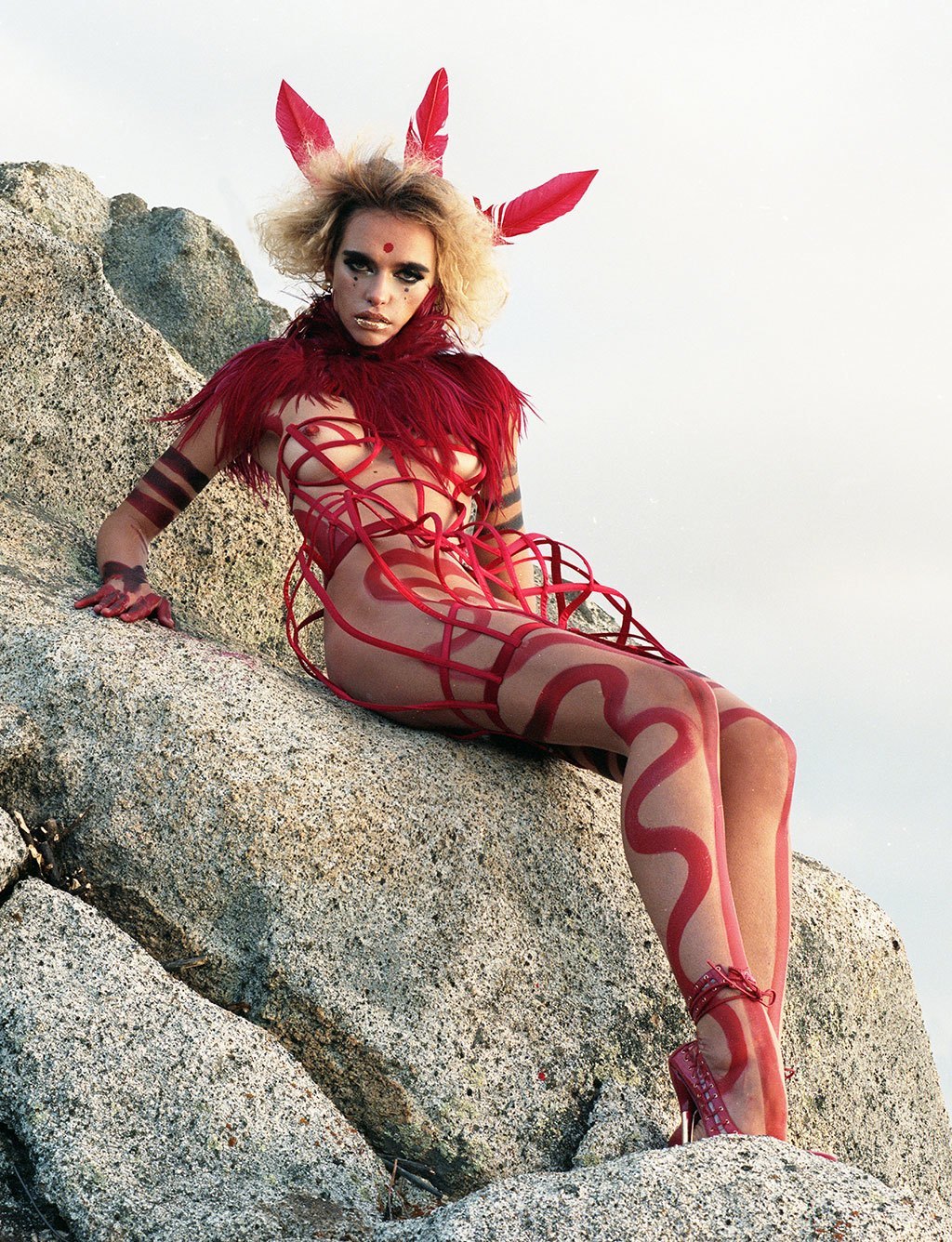 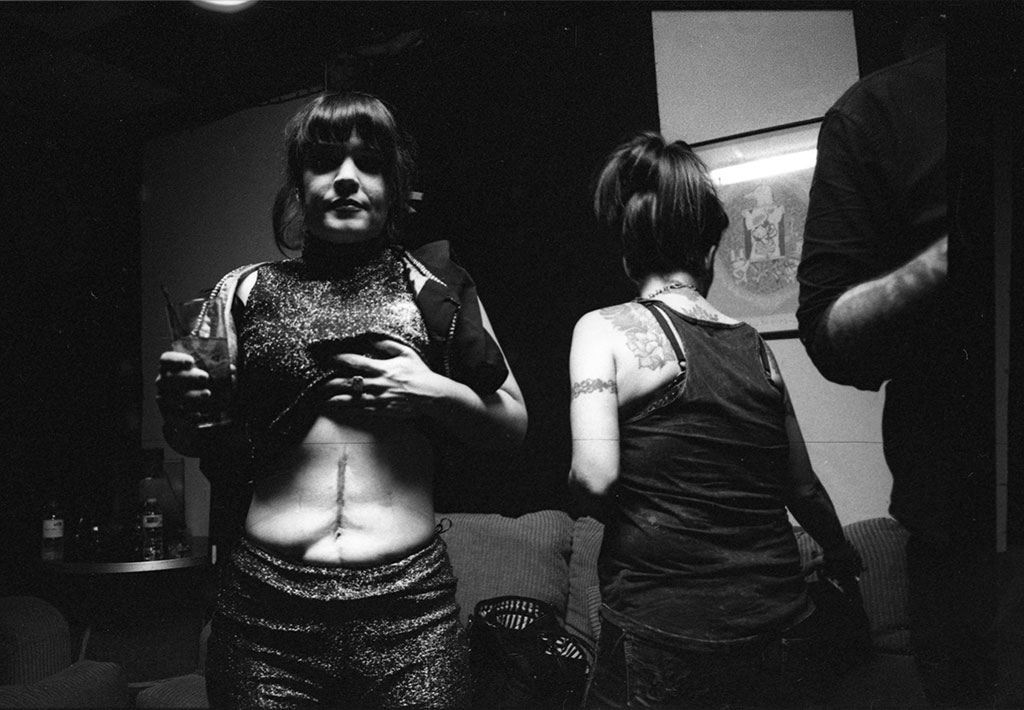 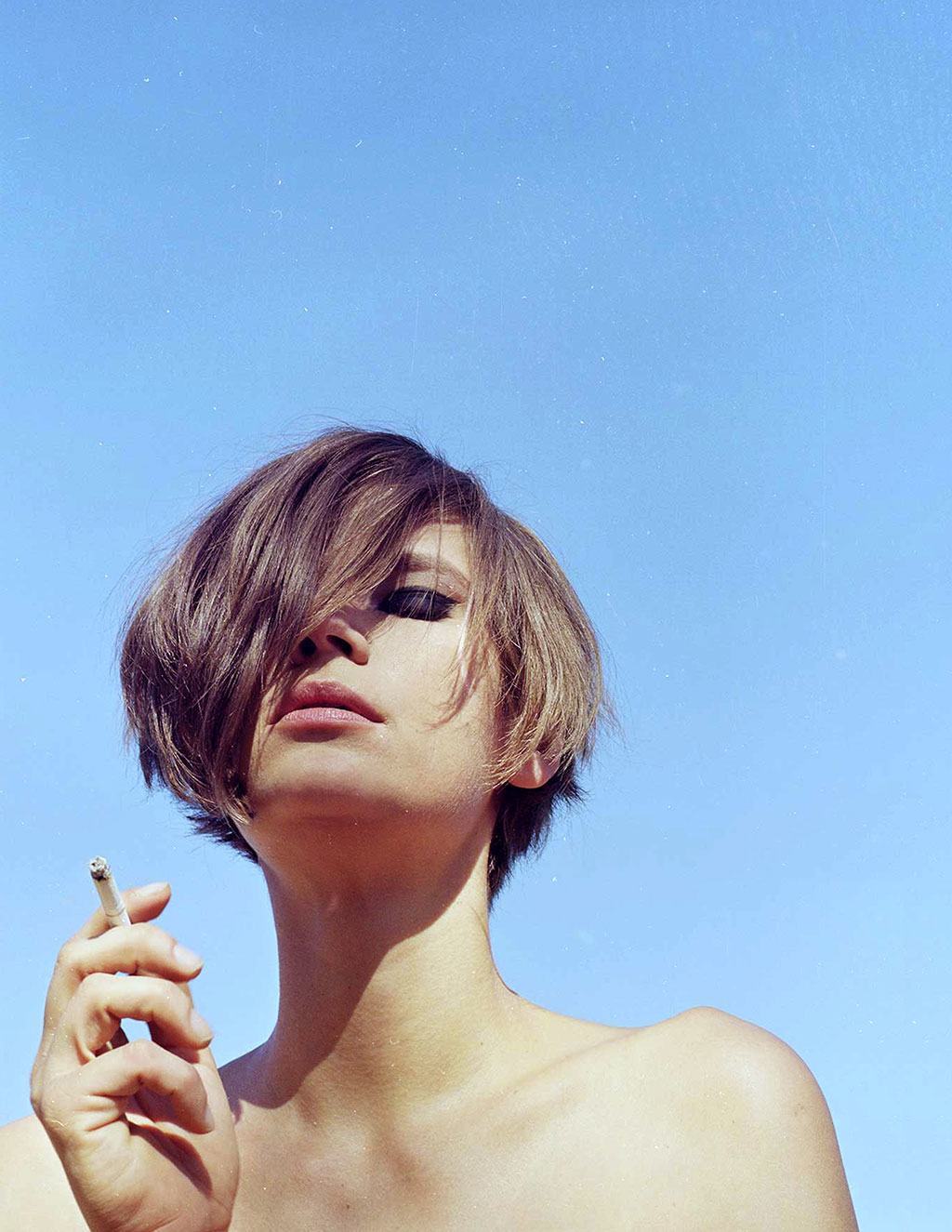