One thing is for sure.

I have always had a strong, deep fascination for the streets. Wherever I am, whoever I'm with, whenever that happens, I feel I belong to that moment.
And, in my modest opinion, there is no better way than to express such feelings by photographing that moment.

In analog, that is.

It's always been like this. I don't think this feeling will ever change, and I don't see why it should, either. 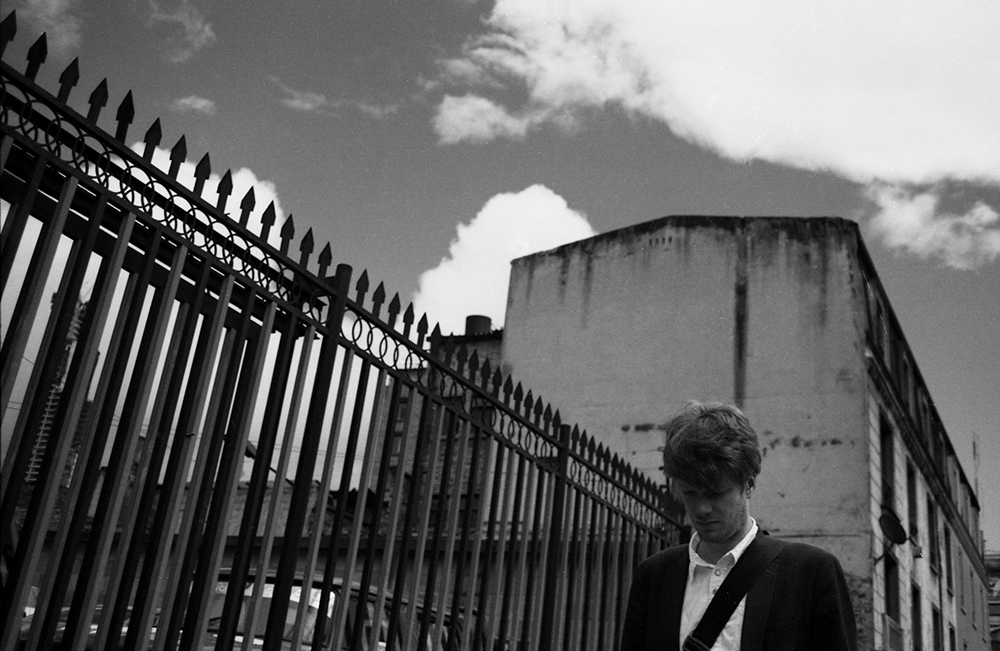 I have tried, don't get me wrong. I did try doing street photography with a digital camera, but I failed so miserably. Now, years later, I can understand better why that happened, though at that time I was a bit baffled by this 'fracas.'

Truth of the matter is, analog means no distractions.

When I shoot with an analog camera, I just blend so much better with the reality I am witnessing. That, I'll say it albeit it should not really be mentioned as it is a no-brainer, is something of paramount importance when photographing the streets.
By shooting analog I won't miss a beat of anything that is happening at that very moment. No frantic screen-watching, no checking hysterically your latest photo... Nothing like that, thankfully. 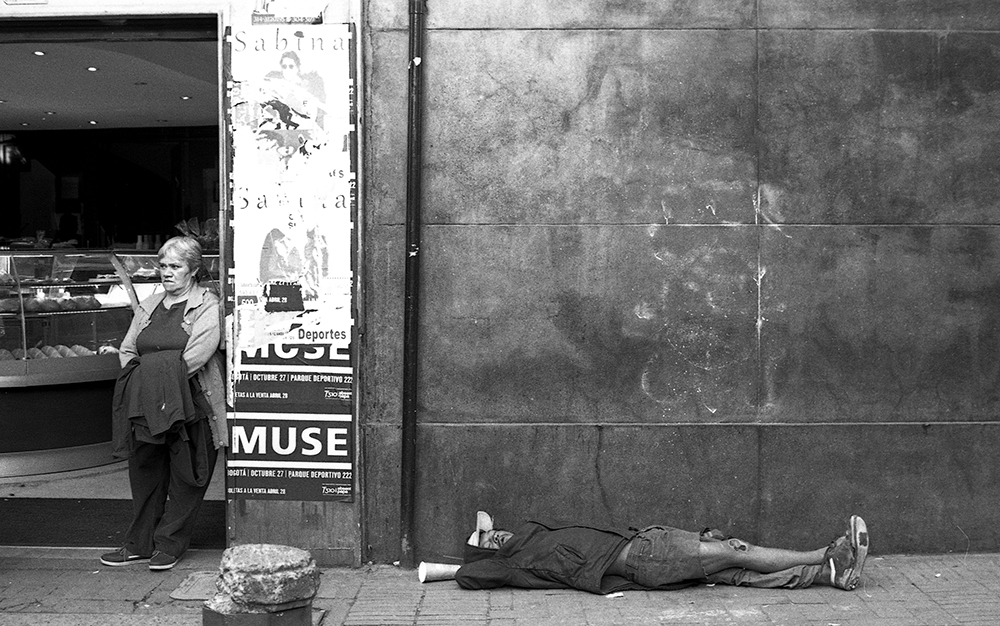 With time, I have come to realise how and why shooting the streets with an analog camera empowers me in a way that digital, quite simply, can't do.
The whole pre-shooting is by itself one hell of a ride; I'll slowly make up my mind over what camera I'll take with me (and why,) what roll of film I'm about to choose;, whether I'll shoot it at box speed, whether I'll push it or pull it, what format I'm going with.
And if I do decide going black & white (which I usually do) all of those decisions will be weighted by knowing already the chemicals I'll use to develop it.
Being a big Agfa Rodinal fan, shall I go 1:50? Will I go for stand development 1:100?

Not the same could be said when shooting the streets on digital. Grab a camera, grab a lens, shoot no-stop, watch all the shots over and over, and make sure you do it before getting back home. Get a quick high from that, put everything on a hard drive. Forget about it. Repeat.
This alone pretty much sums up well why, IMHO, analog beats film over and over. 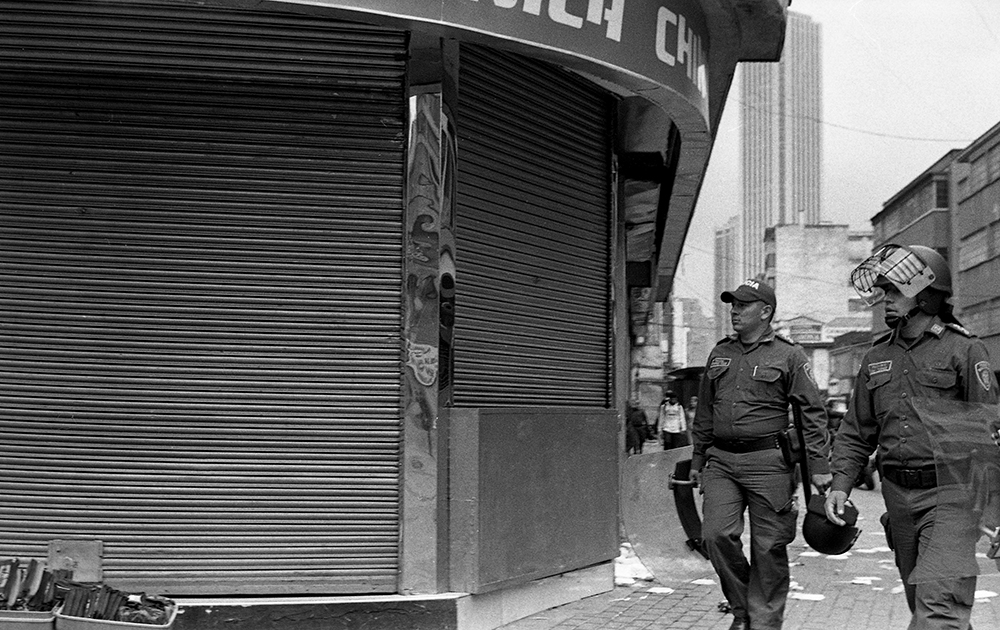 I haven't even mentioned the fact that, no doubts about it and let's make that crystal clear, film looks so much better than digital. The soul it has, its latitude, its depth, the way it records that event. And hey, you don't even have to pass it through a plugin to make it look like an analog shot... Got that?

When I am doing street photography, I always go as light as I can. One camera, one lens, I'm set to go. I'll make a couple of readings with an hand held meter, which I'll repeat whenever necessary. All this works very well, and I very often favour a mechanical body to an electronic one (namely Olympus OM-1, Rolleiflex Automat MX, Voigtlander Vito III.)
There are few exceptions however. On top of my head, right now: Olympus OM-4ti, Nikon F4s. In this case I'll let the camera read the light. Not always though. 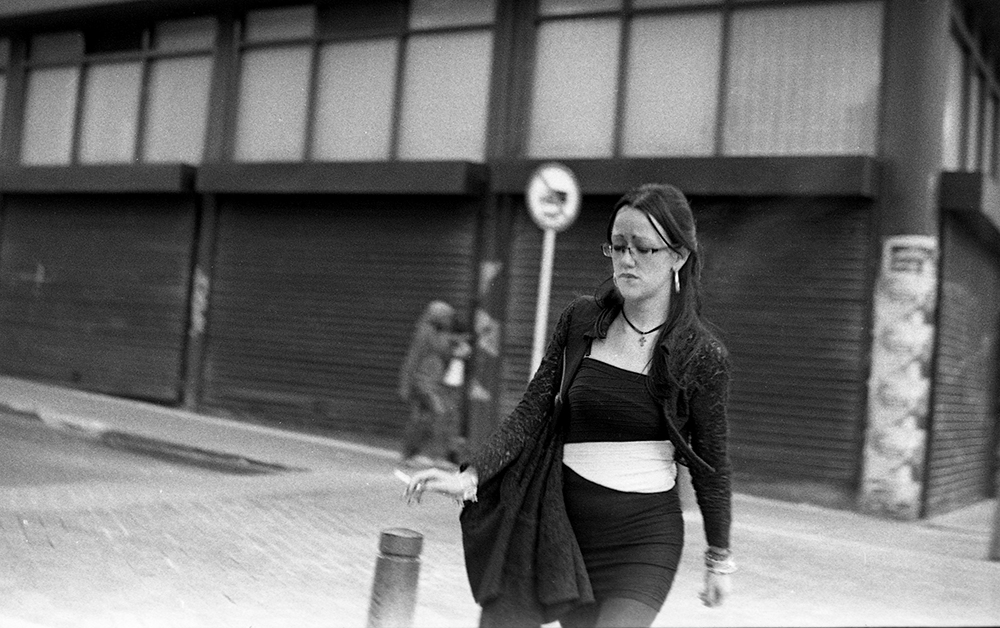 If I can, I'll shoot at waist-level. It's a technique that took me quite sometime to figure out, but more and more I feel at ease with it. People just don't seem to bother; I won't look at them (I'll let the camera do that for me,) they won't look at me. 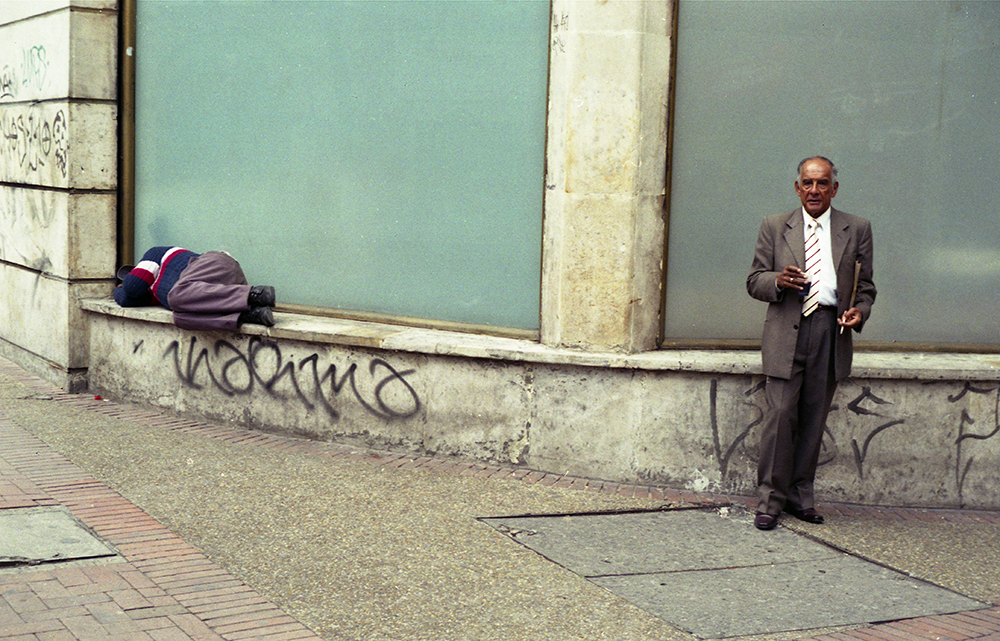 So, you might have already grasped it, but let me just repeat it one more time: to me, streets belong to analog, analog belongs to the streets.

One other thing I love about analog street photography (and then I'll leave you alone, promised) is due to how film 'see' an image. I am referring to the fascinating interaction between camera, roll, chemicals, developing... Sadly, the same cannot not be said for digital; its recording process pretty much is pretty much limited to coldly, and distantly grab the image. That's about it, really. Kind of sad, uh? 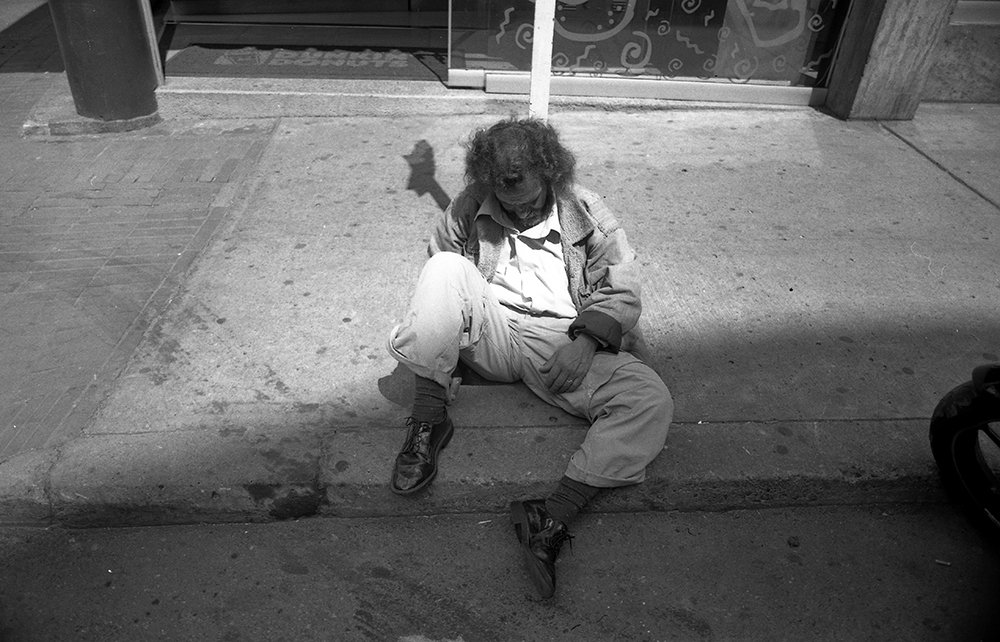 Ok, I said I'd leave you alone so I've gotta keep my promise. This is my first blog on this wonderful platform. It was sometime I had been looking for something like that and, just like magic, just like film, onfilm.photo happened.